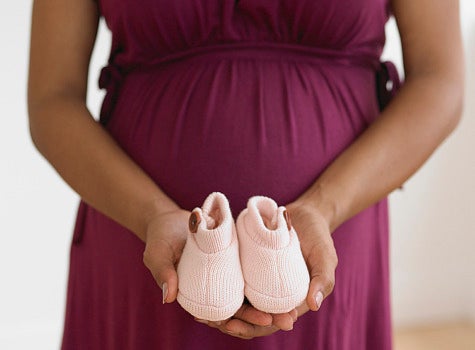 These days it’s not uncommon for a pregnant woman to schedule her due date as though it were a hair appointment. It usually involves being induced into labor and more often than not, having a Caesarean section, a procedure 34% of Black women are choosing over vaginal birth, according to a new report from the Center for Disease Control and Prevention’s Center for Health Statistics. The study found that overall the C-section rate in the United States has reached an all-time high of 32%, making it the most common operation performed in US hospitals–a significant jump from 1996 when 21% of all births were by C-section. For Black women the rate has gone from 22% in 1996 to 34% in 2007, the last year data was collected. The rate is 32% for White women and 30% for Hispanic. So why the increase? Cha-ching! Well, at least part of the reason comes down to dollars and cents. C-sections cost twice as much as vaginal births and so we shouldn’t be surprised that hospitals encourage it. Another controversial reason for the growth spurt is “legal pressure” felt by doctors fearing medical lawsuit if anything goes wrong during a vaginal delivery. There’s also the rise of fertility treatments ending in multiple births (think Octomom) to consider, as well as the fact that more women over the age of 40 are having children and, in these cases, C-section is often safest.   It’s a troubling trend for medical experts who worry that the motivation for the surgery often has little to do with a medical need and that it has become so normal that women do not recognize it is a major abdominal surgery that increases surgical complications and can lead to bleeding and infection.  The rise is “not good for anybody,” Dr. George A. Macones of the American College of Obstetricians and Gynecologists recently told the New York Times. “What we’re worried about is, the Caesarean section rate is going up, but we’re not improving the health of babies being delivered or of moms.” If you recall, a recent report from Amnesty International also found that Black women are three times more likely to die from childbirth than White women. Read More:
Loading the player...

Calvin Klein Celebrates Pride With Its New Collection And Ca...