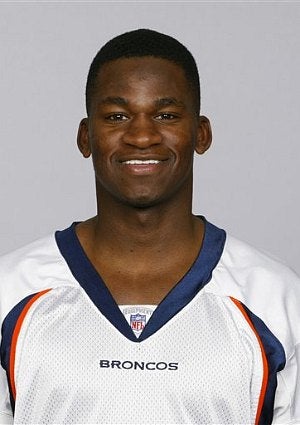 Just three years after cornerback Darrent Williams was killed and running back Damien Nash collapsed and died, the Denver Broncos are faced with yet another tragedy after wide receiver Kenny McKinley was found dead of a self-inflicted gunshot wound, reports CNN. At 23 years old, McKinley was two years into the league, but his young career had been frustrated by injuries. At the time of his death, the Georgia native was out for the season while recovering from knee surgery. Sports columnist Don Banks thinks the disappointment of an NFL career that had yet to be fruitful may have driven McKinley over the edge. He writes: “For a young man who was the University of South Carolina’s all-time leading receiver during a standout collegiate career, perhaps the lack of NFL success was a demoralizing development.” We’ll never know. “Kenny had a promising future on the football field, but more importantly, he was a great teammate whose smile and personality could light up the room,” said coach Josh McDaniels.