By clicking Sign Up, you agree to our Terms of Use and that you have read our Privacy Policy
Skip to content
AP Photo/Bruce Smith
By Taylor Lewis · Updated October 27, 2020
Civil rights activist Bree Newsome made headlines on Saturday, June 27 when she scaled a flagpole at the South Carolina state capitol to remove the Confederate flag. She and her accomplice, James Ian Tyson, were arrested, but thousands have rallied in support of the duo, heralding their actions as heroic. A Kickstarter page has raised more than $115,000 to cover the pair’s legal fees. And now, Newsome is speaking out on what motivated her courageous decision. Newsome and Tyson, both 30, arrived at the state Capitol on Saturday morning, and while Tyson stood watch, Newsome climbed over a fence and scaled the 30-foot Confederate flagpole. Authorities arrived mid-climb and ordered her to come down, but she continued ascending to remove the flag. The two were arrested and charged with defacing monuments on state Capitol grounds, which carries a sentence of up to three years in prison and a $5,000 fine, but were released from jail later that night. Authorities replaced the flag soon after their arrest. 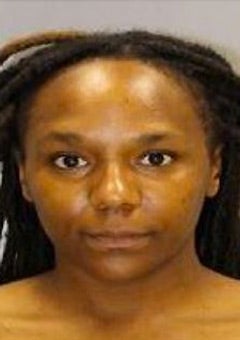 In a new essay for the Blue Nation Review, Newsome said that she teamed up with a group of local activists who were frustrated with the fear culture that the Confederate flag represents. Newsome referred the June 17 shooting at Emanuel AME Church a call to action. “We discussed it and decided to remove the flag immediately, both as an act of civil disobedience and as a demonstration of the power people have when we work together,” she wrote. “We made this decision because for us, this is not simply about a flag, but rather it is about abolishing the spirit of hatred and oppression in all its forms.” 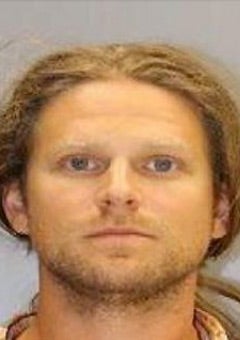 Newsome said that few racial strides have been made in recent history. She drew parallels between Trayvon Martin and Emmett Till; the government officials in Baltimore and slave catchers; and the Charleston shooting and the 16th Street Baptist Church Bombing. Through all of the injustices, the Confederate flag has survived, and removing the flag, she said, would serve as an act of defiance against the oppression of both her ancestors and Black people worldwide in 2015. “The emblem of the confederacy, the stars and bars, in all its manifestations, has long been the most recognizable banner of this political ideology,” Newsome wrote. “It’s the banner of racial intimidation and fear whose popularity experiences an uptick whenever Black Americans appear to be making gains economically and politically in this country.” Newsome, who will be represented in court by state Rep. Todd Rutherford (D), remains undeterred and urged the public to continue with their fight. She said bringing down the Confederate flag is just the first step. “It is important to remember that our struggle doesn’t end when the flag comes down,” she wrote. “The Confederacy is a southern thing, but white supremacy is not. Our generation has taken up the banner to fight battles many thought were won long ago. We must fight with all vigor now so that our grandchildren aren’t still fighting these battles in another 50 years. Black Lives Matter. This is non-negotiable.”