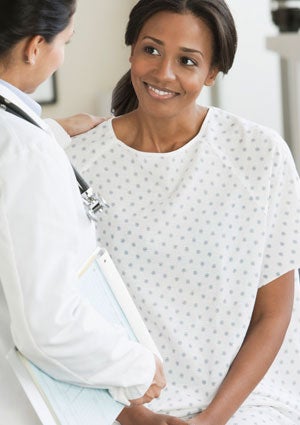 Uninsured Black women are more at risk of dying from breast cancer than are uninsured White women, says a new report published in the Journal of the National Cancer Institute. Researchers studied the medical records of 574 underinsured Black and White women, 85% of whom were uninsured. All were treated at Wishard Memorial Hospital in Indianapolis. The African-American women studied had more advanced breast cancer at diagnosis and had poorer survival rates. During the 10-year study, 27% of the Black women died of breast cancer compared to 18% of the non-Hispanic White women. Though treated at the same hospital, most likely by the same physicians, researchers wondered why the Black women were less likely to survive. They attributed it to differences in tumor characteristics and “socio-demographic variables such as income, education level, and access to health care.” “The point of the study,” said Dr. Ian K. Komenaka, “is that many factors are important: surgery, adjuvant therapy, biologic and clinical factors, and socio-demographic variables.”