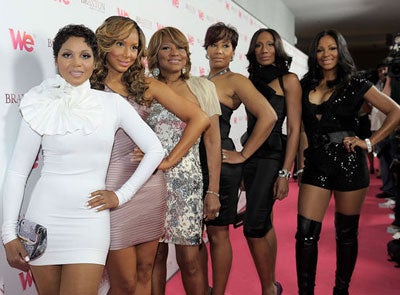 If you’re like us, then you’ve been glued to the television every Tuesday night at 9pm to watch Toni Braxton and her family on “Braxton Family Values.” Between Trina, Towanda, Traci and Tamar’s crazy antics, it’s hard not to love this show.

It turns out we’re not the only rooting for Toni and her family.

WE tv is so impressed with the show that the network has ordered 13 more episodes. That’s three more than the current 10-episode season.

Congrats to the Braxton family!