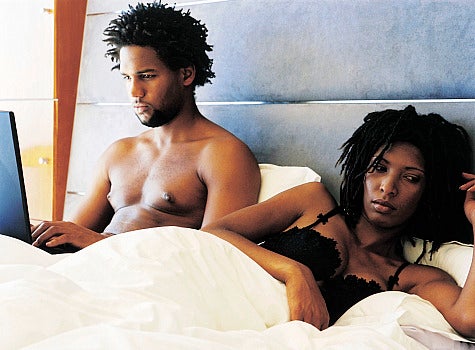 When social media went mainstream, we joined Myspace and then Facebook as a way to stay connected to old friends. Soon after, we noticed there was a downside. People that we didn’t care for from our past lives were sending us friend requests. We learned to live with the resurfacing of that judgmental girl from high school, but there was one thing we didn’t bank on–the ex factor. With online social networks becoming more and more integrated into our real lives, past relationships are no longer just in the past. Former boyfriends and girlfriends are part of who we’ve become and because of tools like Facebook, they are more present than ever. But can our current relationships withstand this constant connection with people from the past? I dated someone who was very close with his long-term ex-girlfriend. Not only were they Facebook friends, but they also spoke on the phone and exchanged text messages often. As much as I knew that I was the girl he wanted to be with, I couldn’t get his ex out of my mind. I found myself clicking through his Facebook photos to find pictures of two of them together. And yes, I Googled her…more than once. Eventually, I let my insecurities get the best of me. We stopped dating, for reasons that were unrelated to their friendship. But I think that their closeness had a lot to do with what turned me into a bit of a lunatic. I constantly needed to be reassured that his heart was with me. I realize now that he was over his ex, but somehow I wasn’t over her. In time I learned that my insecurities did not stem from him or his friendship with his old girlfriend, but from my own past experiences. I also realized, that you can’t force your new beau to “unfriend” his ex–in real life or online. He had a life before you that has sculpted, to a certain extent, how he treats you now. It feels silly to think that a virtual tool like Facebook could play a part in our relationships, but with online social networks becoming more commonplace, it’s a fact of life. What’s really important is the relationship that you’re in now and how comfortable you are with yourself. If your boyfriend’s friendship status with his ex is making you feel insubstantial, you won’t feel any more secure if he unfriends her, blocks her and then makes his profile private. Read More:
Loading the player...