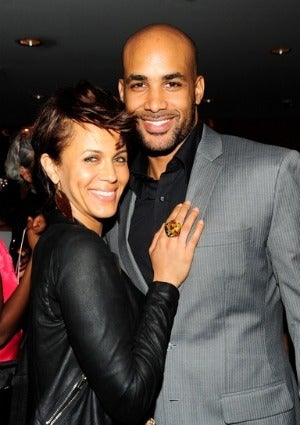 Boris Kodjoe, who most recently appeared on the canceled TV series “Undercovers,” is now planning to hit the big screen with his wife, Nicole Ari Parker. The couple will film “Looking for Jimmy Lee,” a romantic indie comedy based in Atlanta.

Written by Rhonda Baraka, the comedy peers into the lives of two total opposites — Dr. Cameron Shaw, a free-spirited love therapist and radio personality, and Reid Abbott, a stuffed-shirt financial whiz. The charming love story unfolds as Cameron’s crazed obsession with a lonely fan named Jimmy Lee (who,unbeknownst to her, is her business manager Reid) turns into a massive marketing campaign and complicated romance.

Kodjoe and parker met as co-stars on the Showtime Television series “Soulfood.” Married since 2005, Kodjoe said he enjoys working with his wife.

“I love working with Nicole; she’s such a terrific actress. She’s so fun, so good, and she elevates my game. We’re actually trying to do an indie romantic comedy together called ‘Looking for Jimmy Lee,” he told Vibe Magazine.

What do you think of celebrity couples starring in films together – good idea or a distraction from work?