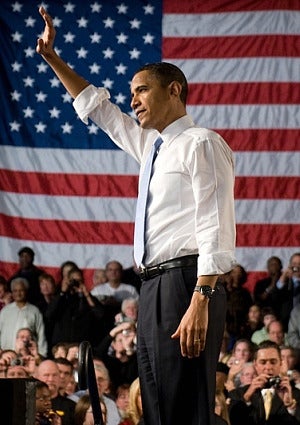 As the health care debate reaches boiling point, somehow we’re reminded of the classic Whodini song, “The Freaks Come Out At Night” because lately it seems like radical conservatives are ‘outing’ themselves left and right. Earlier today a blogger calling himself Solly Forell posted a tweet calling for the assassination of President Obama. According to Gawker, on Forell’s timeline this morning was the declaration: “America, we survived the assassinations of Lincoln & Kennedy. We’ll surely get over a bullet to Barack Obama’s head!” Forell continued, getting more explicit and tweeting: “The next American with a clear shot should drop Obama like a bad habit. 4get (sic) Blacks or his claim to be Black. Turn on Barack Obama.” Forell is the author of a blog called “Barack Obama Was an American Electorate Mistake” and though he may have the First Amendment behind him, the law is not so kind to people who make threats against the president. In the past few hours, Forell has backtracked like mad, complaining that “whining liberals” are blowing the whole thing out of proportion asking everyone to “remain civil.” You should have thought about that before you let your fingers do the talking Solly. Read More: