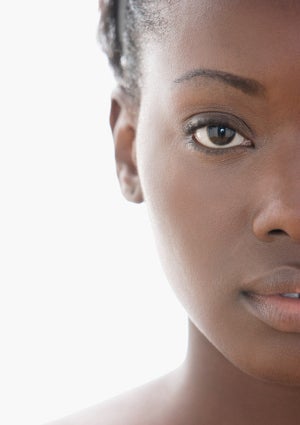 If only two percent of Black men are bisexual, can we really point to the D.L. phenomenon as the reason so many Black women are contracting HIV? Experts like Ingrid (Lisa) Bowleg, PhD, Drexel University School of Public Health, say no. “I continue to be stunned that Black heterosexual men are absolutely invisible [in this discussion of Black women and HIV],” she says. “It’s as if everybody got distracted by the sensationalism of the down low. But if you think about this logically, there just can’t be that many bisexual men.” So what is happening with Black heterosexual men? In a poster she co-authored and presented last week at the 18th International AIDS Conference in Vienna, Austria, Bowleg sought to answer that question. One of the results of the research she and her colleagues have done, interviewing hundreds of Black men in Philadelphia, says it is the everyday stress of being a Black male. “Unemployment, incarceration, these structural factors exert so much stress on people that it constrains their ability to engage in behaviors that will protect them [from HIV],” suggests Bowleg. “You could have sex and it’ll feel really good and take your mind away from all these stressors. And what’s not using a condom this time for something that may or may not happen compared to [the stress of worrying about losing your job or being harassed by the police?]” The poster is entitled, “‘To Just Survive Every Day, as a Black Man. It’s Hard Work:’ Exploring the Implications of Structural Factors for Sexual HIV Risk Among Black Heterosexual Men in the U.S.” and it presents the voices of Black men to bring to life the struggles they have with racism, police harassment, unemployment and more. “Sometime I feel like, you know, I’m lettin’ my family down. You know? Like I’m not, you know, holdin’ up the part o’ my end o’ the bargain,” Rob, 40 is quoted as saying on the poster. “Supposed to be there for my wife, you know. She ain’t supposed to be out there strugglin’ all the time and all the other stuff.” “I ain’t gonna front, like I almost killed myself before,” Malcom, 30, is quoted on the poster as saying. When researchers asked why, he said: “Stress, everything, stress, women, stress, bills, stress…” Further data from the study will be revealed in coming months. But in the meantime, Bowleg had one prevailing piece of information she learned from the Black men interviewed that she’d like to pass on to the Black women reading this. “I hate to say it, but chances are you’re not the only one,” she said. “It comes up over and over and over again. These men are having sex with multiple women and that some of these men are married and having unprotected sex.” Yet another reason to use a condom each and every time. Post a comment below and share your thoughts.