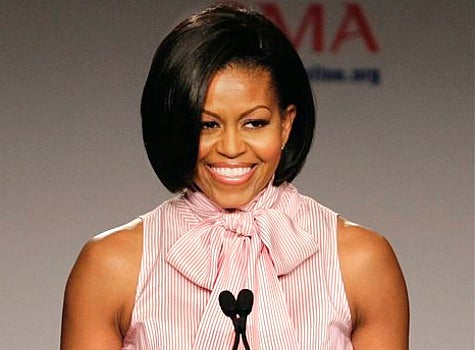 “Women’s History is a World Worth Fighting For.” The words blazed across a poster I hung on my office door at Sarah Lawrence College, where I had my first teaching position. It was the in late 70s and the history taught in our schools up until that time was mainly the story of powerful White men. The few women mentioned in the textbooks were the “worthies” like Harriet Tubman and Elizabeth Cady Stanton and the “deviants”–the so-called Salem witches and Lizzie Bordon, the alleged hatchet murderer. During the second wave Women’s Movement, a group of female academics set out to challenge the sexist all-male cannon and bring women into the historical narrative. And it was a fight! The pioneers of women’s history overcame huge resistance to have the subject established as a separate discipline. Notable among the leading feminist scholars was bell hooks whose book Feminist Theory From Margin to Center (1984) helped to launch the field of Black Women’s History and called for greater attention to questions of racial and cultural difference as we examined the past. Women historians looked for inspiration in the lives of those who came before us: Harriet Jacobs, born a slave in North Carolina, hid in an attic for seven years so she could stay near her daughter and away from the horrific abuse of her master; Ida B. Wells, the courageous journalist who exhorted Americans to condemn the barbaric lynching of Black men; Charlotte Adams, a major in the WACs during World War II and a relentless critic of racial discrimination in the military. These women and so many others of every background became role models, helping our students appreciate how the rich diversity of women’s experiences, the sweeping range of fortitude, tenacity and accomplishment shaped America. We believed women’s contributions would be ever-more valued as complete gender equality became a reality in the new millennium. And yet, during that disastrous first decade of 9/11, two difficult wars and more recently the Great Recession, there’s been a renewed sexism, rolling back progress and prizing sameness over difference among women. In two popular reality shows of the time, riding the wave of the soaring plastic surgery industry–The Swan and Extreme Makeover— the contestants underwent numerous different procedures, but all ended up resembling Dallas Cowboy cheerleaders. Even beautiful trademark signs of ethnicity were cut and whittled away. On Extreme Makeover, a Black woman’s lips were made smaller, and the doctors on The Swan “softened” the eyes of an Asian woman. And while there was justifiable outrage at the news of a Midwestern sorority ousting the sisters–twenty-three in all–who weren’t thin, White or presumably “hot,” we also need to pay attention to the other ways women of color are being hurt by American society.   A Black woman is 3.7 times more likely than a White woman to die during pregnancy because of poor access to medical care and conditions such as malnutrition, diabetes and hypertension. Across the nation, the mortality rate is two times as great for Black infants as for White ones; in our nation’s capital it is four times as high. The recession has only added to the problems. The subprime mortgage debacle fell with particular hardship on African American women, a significant number the single heads of their families who were trying to create stable environments for their children. And the incidence of domestic violence (35% higher among Black women than their White counterparts) is soaring across the nation–the combined result of unemployment, the closing of shelters and of hot lines. Without a doubt there are plenty of problems, but as we reflect on the past we know hard roads have been traveled before. History provides us with the examples of so many capable courageous Black women to guide the way. So yes, Women’s History is still worth fighting for, but so is our future. And as we look ahead, who could be a more inspiring role model than Michelle Obama?       Barbara J. Berg is on the Board of the National Women’s History Project and author of Sexism in America: Alive, Well and Ruining Our Future (Chicago Review Press, Sept. 2009). Read more: