The Trump team is under fire for racist campaign antics yet again.

The list of Trump affiliates who have botched the team’s apparent strategy to gain the Black vote by vilifying Democratic presidential nominee Hillary Clinton’s efforts to address concerns important to African-American citizens is growing and Pastor Mark Burns is the latest to join the bunch.

Burns, who is a top Trump advisor, found himself at the center of social media backlash on Monday after he tweeted out an obviously offensive cartoon drawing of Hillary Clinton in blackface. In the photo, a woman with short blonde hair is seen standing at a podium while outfitted in a t-shirt bearing the words “No Hot Sauce, No Peace” and holding up a sign that reads, “#@!** The Police.” The podium features an image of Clinton’s 2016 presidential campaign logo. 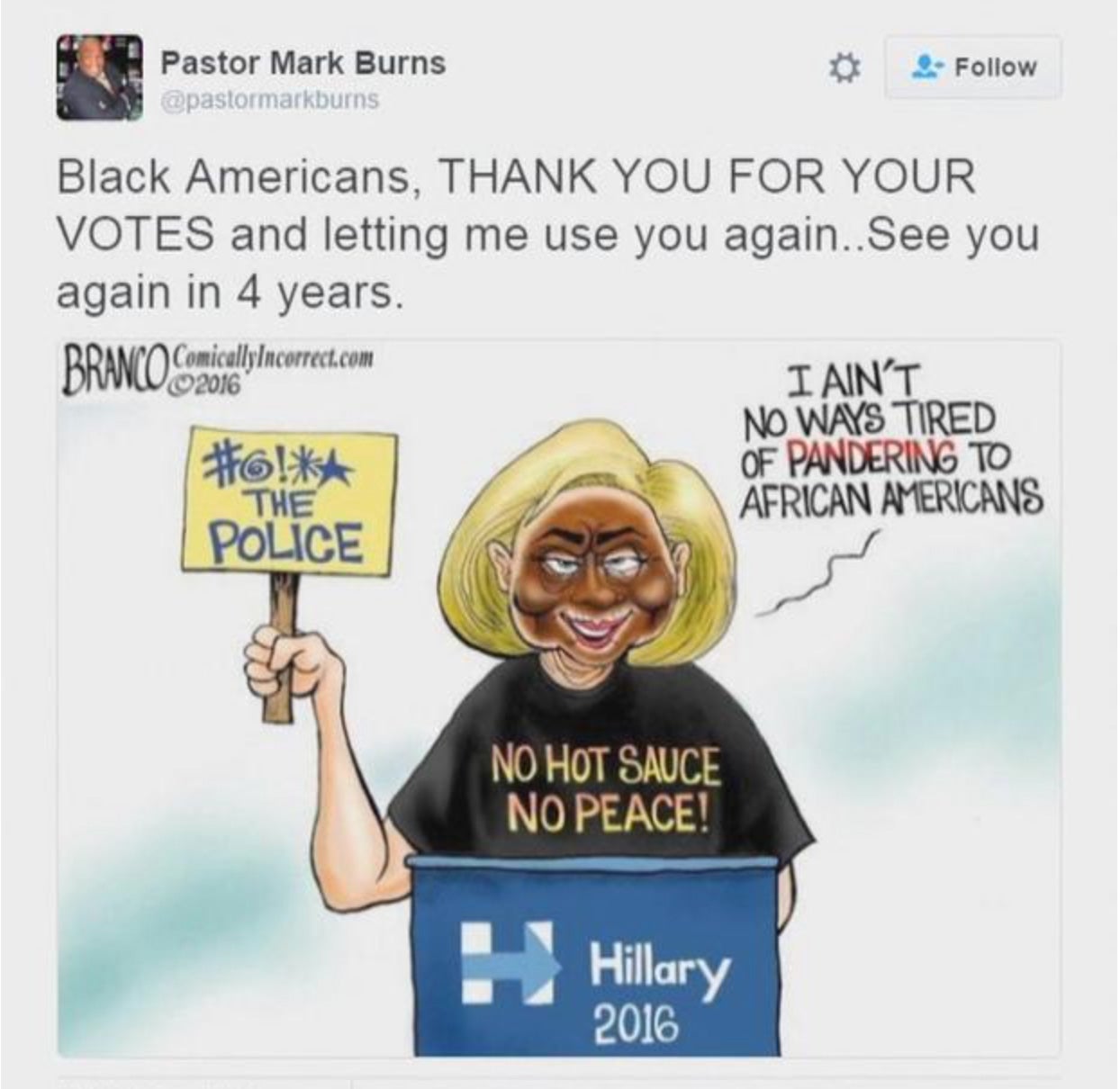 Pastor Mark Burn’s original tweet promoting the above image has since been deleted.

While Burns’ intended purpose was supposedly to illustrate how Democrats are “pandering” to the African-American community to gain votes, the tweet instead reads as a clear mockery of the Black Lives Matter movement and efforts to end police brutality against Black people.