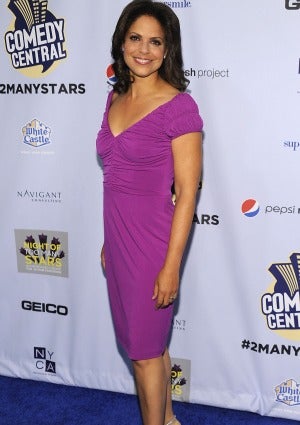 Is debt a new form of slavery? New Jersey pastor Dr. DeForest Soaries — who is featured on “Almighty Debt,” airing tonight as part of CNN’s “Black in America” series — thinks debt is a bigger threat to Black America than racism. Hosted by Soledad O’Brien, the 90-minute documentary takes a look at how debt is slowly eroding the financial standing of African-American families. O’Brien spoke with ESSENCE.com about her motivation for focusing on debt, and how the legacy of slavery continues to affect wealth-building in the African-American community… ESSENCE.com: Why did you to focus on debt for this “Black in America” special? SOLEDAD O’BRIEN: We really went in focusing on the Black church, and when we decided on Rev. Dr. DeForest Soaries, we realized what his passion was: debt and trying to get people to minimize theirs. He’s been doing this for about five years, well before the economic downturn. So that, combined with the fact that we are in this downturn, which is bad for all Americans, but particularly devastating for Black Americans, made it seem very timely to do this. This was also the first “Black in America” where we were able to really to take a look back and put into context the impact that slavery had on African-Americans today. This was a way to organically talk about the of slavery because the economic impact is still clear today. ESSENCE.com: It’s not often that we admit that the legacy of slavery is still affecting African-Americans economically. O’BRIEN: If you start behind, and you’re on somebody else’s property and then in Jim Crow there are all sorts of institutional barriers to opportunity, and then the money you’re able invest doesn’t go as far as everybody else’s. When you look down 200 years later you are less able to withstand an economic downturn. ESSENCE.com: Is the debt you highlight a result of the recession, or was it already brewing and the recession just brought it to the top? O’BRIEN: A little bit of both. I think some of it just individuals’ spending money they don’t really have. Some of it is the economy wiped out people’s incomes. People who were comfortably middle income were suddenly earning a fraction of what they used to make. And these people were middle income, they weren’t middle class. ESSENCE.com: Can you make the distinction for us? O’BRIEN: Middle class means you have that little wealth cushion, while middle income means if you make “x” number of dollars, which by the way, you can lose in a down economy. That cushion, by the way, is generated over generations, and if your relatives were slaves, they generated none of that for you. So that’s the connection with history. ESSENCE.com: How much of this is about overspending, and is it really unique to the Black community? O’BRIEN: No. Consumerism is an American problem. Pastor Soaries says, “It is an American problem, but the impact on Black Americans is devastating because we don’t have the wealth cushion.”   ESSENCE.com: What did you walk away with from this? O’BRIEN: It was interesting for me to see the morphing of the Black church into this front of financial literacy and financial freedom for people, which is what Martin Luther King, Jr. was pushing for when he died. I think of Hurricane Katrina and how people felt like no one was coming to get them so they had to rescue their own communities. In a way this is a similar thing. No one is going to come and bail you out of debt. We have to decide that they way to help Black America build wealth is to figure out that no one’s coming to get us so we have to figure it out ourselves. And I think that’s the role the Black church is taking. Catch “Almighty Debt: A Black in America Special” tonight at 9pm on CNN. What do you think is the reason Black America is in debt?