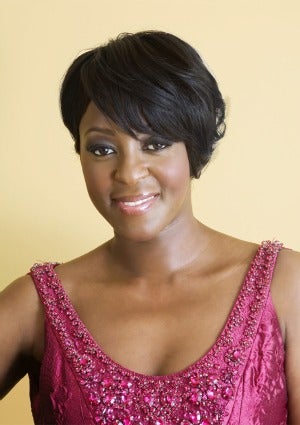 Black History takes on a whole new meaning for me this month. I became the first in my family in more than a century to discover that my great-great-great grandfather Sandy Wills, fled his slave plantation in 1863 and joined the historic fight for freedom in the Civil War. And he didn’t go alone.

No one in the family knew, because Sandy apparently didn’t boast of his service in the Civil War. Bitter members of the spurned Confederacy had become newly minted members of the Ku Klux Klan — and the first chapter of the KKK was organized in Sandy’s home state of Tennessee. My great-great-great grandpa laid low and his story pretty much died with him — until I logged onto ancestry.com and exhumed his amazing legacy.

As the nation begins to commemorate the 150th anniversary of the Civil War, descendants of these brave soldiers need to make their voices heard — loud and clear. That’s why I wrote a book about my great-great-great grandfather’s honorable service called, “Die Free: A Heroic Family Tale.”

During the centennial of the Civil War from 1961-65, the contributions of black was virtually ignored. Instead, the still-divided nation that was embroiled in the emerging Civil Rights Movement — focused on the ‘glory’ of the confederacy and its ill-gotten attempts to keep America half-slave and half-free.

Rumblings of that disturbing and distorted legacy are being felt again during the sesquicentennial of the Civil War which runs from 2011-2015. In December of 2010, South Carolina held a ‘Secession Gala’ in Charleston to recognize the 170 men who vowed to keep Africans at their exclusive disposal forever. It’s hurtful to celebrate the Confederacy we need to remind the country just how wrong they were to fight to maintain slavery in a nation that prized freedom and justice.

It was wrong to keep selling Africans on auction blocks for hundreds of years in America and randomly separate mothers and fathers from their children. It was wrong to marry slaves in a mockery of holy matrimony and declare “Till death or distance do you part.” It was wrong to trample their God-given human rights and kill and maim slaves at will. Everything about slavery was dead wrong.

It was right that thousands of slaves and free blacks defiantly signed up to fight — in spite of the outrageous southern laws that called for their instant execution of slaves just for enlisting in the U.S.C.T. It was right that these brave souls lifted arms to fight for the freedom of their children and grandchildren — they did, in fact, help turn the tide of that historic war.

The Civil War was fought over slavery. Period. And right beat might. It’s a debate that I’m ready to have after pouring over thousands of records from the National Archives. Let’s stop the Confederacy spin in its tracks and stick up for the proud members of the U.S.C.T. They fought for us — now it’s about time we fight to honor their memory. They’ve been ignored long enough.

Cheryl Wills is a television news anchor in New York City and the author of “Die Free: A Heroic Family Tale.” During her 20 year career, she has interviewed luminaries like Maya Angelou and Bill Cosby. In 2010, McDonald’s honored her as a broadcasting legend during a regional ad campaign. She is a graduate of Syracuse University. www.diefreethebook.com