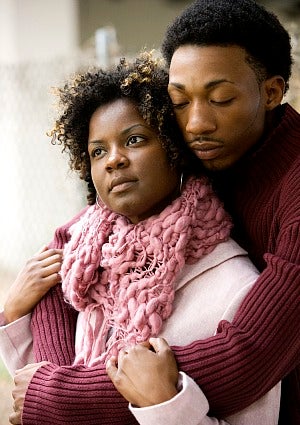 She notes that slaves married, despite not having the legal right, by conducting traditional African-based ceremonies like jumping the broom. Additionally, some slave masters eventually allowed slaves to marry in an effort to decrease the likelihood of runaways. Historically, the post-Civil War era marked the highest rates of African-American marriage as many rushed to exercise their new right to marry.

Dr. Hunter actually identifies the 1960s as the era when marriage within the African-American community significantly declined. Researchers note the disparity between income and education levels among African-American men and women, higher rates of homosexuality, imprisonment among men as factors contributing to the decline of marriage with the Black community. Additionally, women’s decision (or coping mechanism) to focus on career and financial independence over marriage and the declining perception of the benefits of marriage altogether, have also been listed. I took particular interest in the issue of perception when it comes to answering the question about why African-Americans should

I decided to ask my single brethren their thoughts on marriage. What I found confirmed my own ideas and may surprise you. What I consistently found was that Black men desperately wished to marry. Almost every man stated the need for a helpmate, friend and confidante. This makes sense based on consistent research that shows that married men are healthier, happier and wealthier than their single counterparts. What man in his right mind wouldn’t want to be associated with those outcomes?

For anyone who may not presently see the perks of marriage, please allow me to list a few that I intend to enjoy myself in the very near future. First, married men get to see beauty, in the form of their wife, daily. Second, married couples enjoy a partner to pray with to support each another’s dreams and ambitions. Third, household expenses and bonuses can be mutually split or enjoyed, respectively. Fourth, couples enjoy the chemistry they have worked to create to make weekends and time after work memorable and relaxing.

I could mention consistent lovemaking, daily companionship, home cooked meals, division of household chores, shared family and friends, in-house encouragement and having a great time by simply being the presence of your significant other as additional perks but I might influence more African-Americans to jump the broom and get married. Hold up, that would be a good thing! African-American marriage is not dead; instead it just might be headed for an increase of epic proportions.

Dr. Alduan Tartt is a positive psychologist, professional speaker, parenting, teen and relationship expert as well as devoted father. He provides positive, empowering and relationship enhancing advice for teen girls and women. He teaches teen girls “How To Date Boys” to promote women’s empowerment while decreasing teenage sexual activity and pregnancy. He is also author of “The Ring Formula: How To Be The Only One He Ever Needs” for single women. Find him at www.drtartt.com.