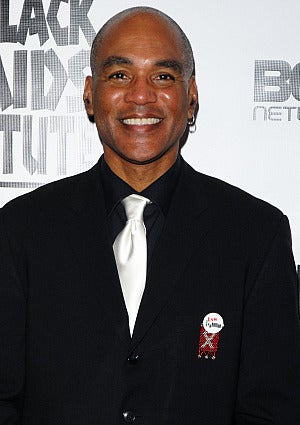 Phill Wilson is the President and CEO of the Black AIDS Institute. Here, he states his vision of how we as a community can lessen the danger of AIDS for Black men and women. The goal of Greater Than AIDS is to inform Black people about activities our community is already engaged in–and to enlist your support in what we still need to accomplish–to overcome HIV/AIDS and bring the epidemic to an end. Black people have been greater than any challenge we’ve ever confronted. We were greater than the Middle Passage. We were greater than slavery. We were greater than Reconstruction. We were greater than Jim Crow. And, we will be greater than AIDS as well. Yet each year more than 56,000 Americans contract HIV–almost half of whom are Black. Black people account for two-thirds of infections among women and 70 percent among youth. Research conducted among young Black gay and bisexual men suggests that about half of them are HIV-positive. And the AIDS rate in our nation’s capital rivals that of many African countries. We confront these issues at a unique time in history. One year ago, we celebrated the inauguration of Barack Obama, America’s first Black president. In 2006, then-Senator Obama spoke about the power of Black people to come together to be greater than this disease. Presidential candidate Obama promised to focus on the country’s HIV/AIDS epidemic, in particular reducing the disproportionate impact on communities of color. And, over the past 12 months, much progress has been made. Last April, the White House and CDC launched “Act Against AIDS,” the first national HIV/AIDS social-marketing effort the government has undertaken in 20 years. The Administration is also working to create the first-ever National HIV/AIDS Strategy, enabling federal and state health departments to work more collaboratively to fight AIDS. The President has also lifted the ban against syringe exchanges that replace injection-drug users’ dirty needles, as well as laws barring people with HIV from traveling to our country. These changes bring the United States in line with global human rights and HIV policy standards. At the same time, however, our nation’s economic crisis is forcing state funding to be cut to organizations that treat and support people with HIV and AIDS, and waiting lists for those who need governmental subsidies for AIDS medications are lengthening. As we mark another Black HIV/AIDS Awareness Day, I’m reminded that governments can only do so much.  Each of us has the power to make a difference in response to AIDS–in our relationships, in our families, and in our communities. Today, Black people are educating themselves about HIV/AIDS, getting their annual or semi-annual HIV test, increasing their involvement in the movement to end the disease and seeking treatment if they need it. But we must not become complacent; for our community, every day presents a new opportunity to respond to this disease, to protect ourselves, to challenge stigmas, and to embrace our brothers and sisters who are already living with the virus. Against this backdrop, we start this Greater Than AIDS conversation. I invite you to go to GreaterThan.org to learn the facts, listen to real talk from real people, and find out where you can get tested and how to become involved. While you’re there, don’t forget to share your comments. I look forward to hearing from you and exchanging thoughts on how you are greater than AIDS. Phill Wilson is President and CEO of the Black AIDS Institute. Read More:
Loading the player...