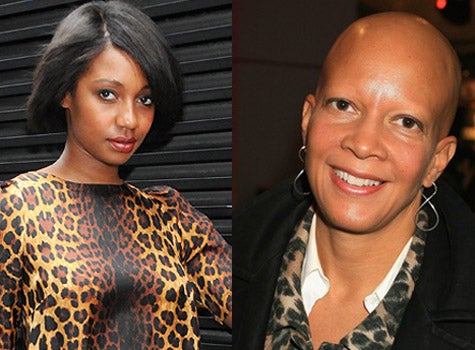 Over the summer I reviewed Helena Andrews’ memoir “Bitch Is the New Black” for The Black Snob blog, and wrote a bit about how the chapter “A Bridge to Nowhere” seemed to be about Harlem-based interior designer Sheila Bridges. While I enjoyed parts of Andrews’ book, I was concerned that she didn’t quite make her case for why Bridges was such an awful boss. Bridges, who admitted to firing Andrews in 2003, was called a “psycho” and a “sociopath” in the book. While Andrews never confirmed or denied the chapter was about the designer, I recently received the public apology Andrews wrote to Bridges as part of an out-of-court settlement between the designer, Andrews and the publisher HarperCollins. In the apology, Andrews writes that she is sorry for possibly hurting Bridges or her business in the chapter, admitting that she embellished or exaggerated the nature of the working relationship. She said it was written “from the perspective of a young college graduate acclimating to the work force with idealistic expectations of an employee/employer relationship.” The bone of contention here appears to be that Andrews signed a confidentiality agreement while working for Bridges and Andrews reproduced emails in the book from her time of employment. While the results of the overall settlement agreement couldn’t be disclosed by my source, I did receive a copy of the public letter of apology Andrews wrote to Bridges. In the actual chapter, Andrews admits her firing and that she struggled with the job, but also writes about her glee upon learning that Bridges lost her hair to the disease Alopecia. While the whole ordeal is unfortunate, I can’t say I was suprised Bridges sought this apology. To read the actual letter from Andrews to Bridges, click here.