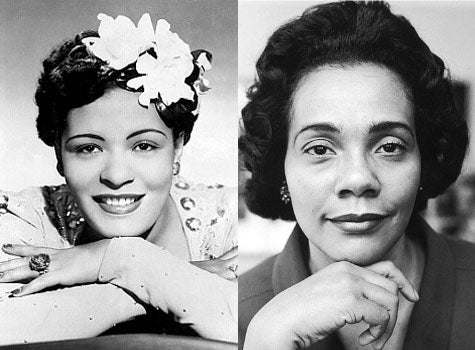 The two women were among 11 inductees immortalized in the legendary hall of fame in Seneca Falls, the birthplace of the American women’s rights movement.

“From an early suffragist to a civil rights pioneer; from a university president to trailblazers in health and science; each of these women have demonstrated fortitude, perseverance, intelligence and hope,” said Christine Moulton, executive director of the Hall of Fame.

King and Holiday were selected from a group of more than 200 completed nominations during a  rigorous national judging process.

We’re glad they made the cut – let’s hear it for Black women who have changed our lives and history!