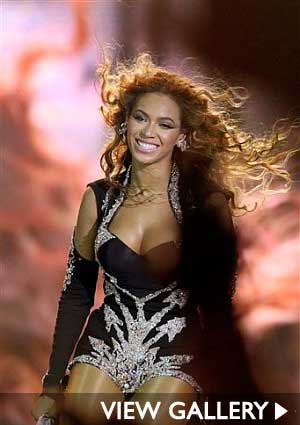 Beyonce’s camp addressed the controversy over her New Year’s Eve performance in St. Baarts. There were claims that the party was hosted by Motassim Bilal Gaddafi, the fifth eldest son of Libyan de facto leader General Muammar Gaddafi, who has been noted as being involved in a number of assaults in Europe.

The party was not hosted by Motassim or his controversial father, Beyonce’s booking agent and music management company said. It was hosted by Mutsim-Billah Gaddafi, Motassim’s brother.

They also pointed out that the high profile party, which is put on every year in different exclusive locations, including Cannes, has featured performers Timbaland, Enrique Iglesias and Mariah Carey in previous years. Guests at the party included former BET CEO Bob Johnson, music and fashion mogul Russell Simmons as well as L.A. Reid and Kevin Liles.