It’s the performance, and music video, we’ll be talking about for months to come. What a way to kick off 2016!

A day after snatching all our wigs with the impeccable visuals, and fashion, in her “Formation” video, Beyoncé continued her slayage with a stunning performance at Super Bowl 50. We caught up with stylist Marni Senofonte who styled Beyoncé for her performance with Coldplay and Bruno Mars. Senofonte has worked with Bey on several projects, including the “Feeling Myself” video in 2015. Here, she talks Beyoncé’s Super Bowl wardrobe, the nod to Black history and paying homage to Michael Jackson.

Who designed Beyoncé’s wardrobe?
DSquared2 designed the jacket and harness. The bodysuit was designed by Ashton Michael and shoes are by Christian Louboutin.

Beyoncé’s jacket and harness reminded us of another Super Bowl performer.
That’s right. When Michael Jackson performed at SuperBowl on January 31, 1993, he wore a jacket and harness. Beyoncé wanted to pay homage to Michael. She has always said he is her biggest music influence and Michael’s halftime performance marked a change in global interest for the halftime show. 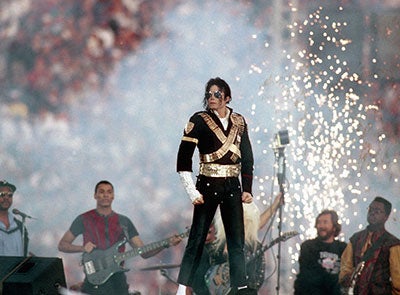 There fashion seems to make a social statement as well. What was the message Beyoncé wanted to get across in your discussions on styling?
It was important to her to honor the beauty of strong Black women and celebrate the unity that fuels their power. One of the best examples of that is the image of the female Black Panther. The women of the Black Panther Party created a sisterhood and worked right alongside their men fighting police brutality and creating community social programs. That they started here in the Bay Area, where the SuperBowl is being held this year, was not lost on her. And they made a fashion statement with natural afros, black leather jackets and black pant suits. That image of women in leadership roles; believing they are a vital part of the struggle is undeniably provocative and served as reference and reality.

Here’s Everything We Know About Beyonce’s ‘Formation’ Video