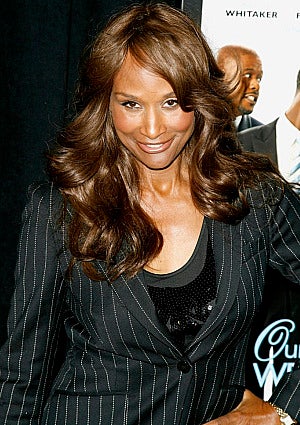 Beverly Johnson may not have been trying to end things peacefully with former boyfriend Mark Anthony Burk when she allegedly came home with a gunman to force him to break up with her. According to TMZ, Burk filed a lawsuit against the supermodel for bringing home an armed man, Chuck Zito, in January 2009 to force the breakup. The suit accuses Zito of flashing the gun during the incident, while Johnson shouted at Burk to sign a separation agreement that would grant him $2,000 to move out of her house. Burk is suing Johnson for emotional distress and unspecified damages. In December 2009, Burk filed a lawsuit against Johnson for $5 million for not supporting him in the way that she had allegedly promised. Burk says Johnson asked him to be her partner and verbally agreed to provide for him, “for the rest of his life in the same style and manner that was established,” according to TMZ. Read More: