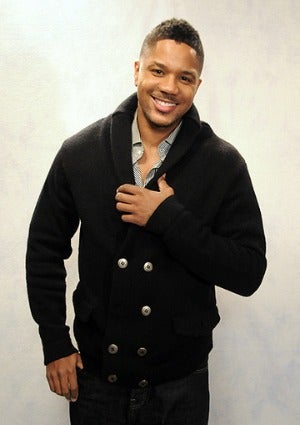 Last night’s episode of “The Game” was filled with the usual “OMG!” moments, but became even more entertaining when everyone took the opportunity to deliver a slew of “don’t-mess-with-me” lines. If it wasn’t for Tasha Mack telling off her son Malik, it was TT going in on Malik or Melanie giving Derwin a piece of her mind.

We only wish we could deliver some of these clever lines during an intense argument. With that said, take a look at the most notable and quotable lines of the night:

“Ma, I don’t need you to do anything for me, I’m a grown-ass man, I got this.” – Malik
Tasha Mack thinks it’s time to find Malik an assistant after he misses yet another appointment with her. Malik decides to take the matter into his own hands and find his own assistant. It’s too bad his new assistant’s stellar qualifications include being openly bisexual, and a thief who steals his Rolodex. Really Malik?

“Give me a couple of those gold rings, so I can brass knuckle her ass.” – Tasha
After planning a career day for at-risk girls, Melanie, the new president of the Saber Sunbeams, toots her own her horn, while putting down all the other Saber wives and girlfriends. Tasha puts “med-school” right back in her place after Melanie says she would be a perfect example of what the girls should avoid in life.

“You’re a real-life pig man.” – TT
After putting him down about his chicken wing business, sleeping with his girlfriend, and constantly berating him, TT returns this week to tell Malik about himself and give him back his loan money. To top it off he walks away calling the football star a bastard. Two snaps for TT!

“A huge head, for your huge brain…you know I like brain, getting brains.” – Derwin
Derwin gets tongue-tied when Melanie questions him about sleeping with Jasmine, an ex video vixen, when they weren’t together.  Clearly still attracted to Jasmine, who is now married to one of his teammates, Derwin plays things down to appease his wife’s insecurities.

“We all got here the same way, either giving up the cooch or pushing someone out the cooch.” – Tasha
One of the wittiest lines of the night delivered by none other than Tasha Mack to remind Melanie take a closer look at her own faults. We all know Melanie has more than a few…

What was your favorite moment from Episode 3 of “The Game”?