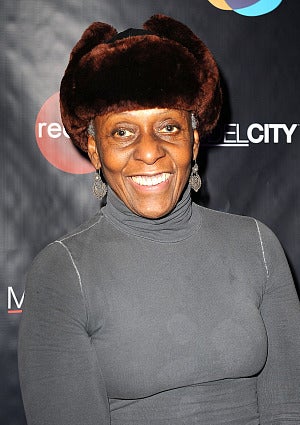 When Vogue Italia’s groundbreaking “All Black Issue” hit newsstands in July 2008, the flush-with-Black-models mag was one of the most important fashion stories of the year–perhaps even the decade. Bethann Hardison, former model, agent, writer, businesswoman and all-around fashion force, wasn’t suprised at the instant success–she’d worked closely with Vogue Italia’s editor-in-chief Franca Sozzani to help bring the idea to life. Almost two years later, Sozzani has figured out a way to continue the discussion online! “Today, a new section of Vogue Italia’s website went live that’s devoted to Black models and issues in fashion,” says Hardison, who’s serving as editor-at-large for the channel. “Every week, I’ll introduce a new Black model to the international community, starting with Sedene Blake.” Since the success of the “All Black Issue,” Vogue Italia has made a laudable effort to support and promote Black models. Sozzani dedicated the November 2008 issue of L’Uomo Vogue to Africa (half of the advertising revenue was donated to Africa-related charities). And in July 2009, to celebrate the first anniversary of the “All Black Issue,” Sozzani produced a special supplement dedicated to the history of the Black Barbie (the first doll, “Francie” hit shelves in 1967). According to Hardison, the fact that Vogue Italia is supporting Black culture right now is huge. “Milan has always been the toughest place for Black models to be,” she says. “When I was an agent, I never even wanted to send my girls to Italy. The change is astounding.” We can’t wait to see what the magazine comes up with next! Read More: