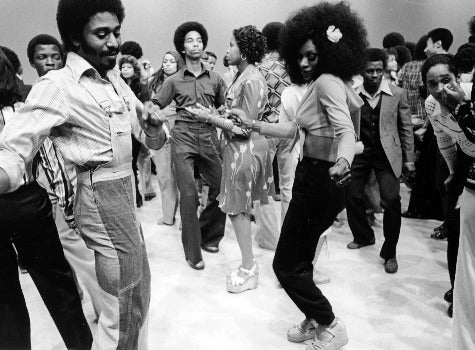 Almost 40 years ago, during one of the most transitional times in our nation, African-Americans were able to pack up their cares and take the hippest trip in America every weekend on the “Soul Train.” For those looking to relive that era, pick up “The Best of Soul Train,” a five-hour DVD with a collection of performances, dances and fashions that will make you feel like it’s Saturday morning at mama’s house all over again. With three additional hours of bonus material, the “Best of Soul Train” celebrates the culturally significant anniversary of an American institution, and in many ways, a revolution. “Soul Train” allowed many artists a platform during soul music’s most acclaimed era (1971-1979) to push their sound to a mainstream audience. Some of the best episodes and moments from the nationally syndicated series are included here in the 3-DVD box set, including a duet from Marvin Gaye and Aretha Franklin, Barry White on stage with a full orchestra, and the Isley Brothers reminding us how the summer breeze makes us feel fine.   In addition to the 50 songs and performances, the box set also showcases the most original dance styles, far-out fashions, hilarious vintage commercials for Afro Sheen products, and the legendary Soul Train line. Don Cornelius, Soul Train founder and host, says it’s worth picking up the DVD set and taking a ride down memory lane. “We look forward to sharing this with multiple generations to come. ‘The Best of Soul Train’ offers a rare, insider’s view of the golden era of Soul… which can never be duplicated. As always — Love, Peace, and Soul!”