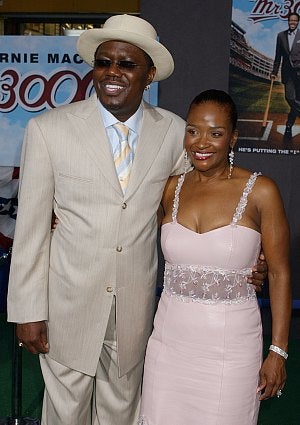 Bernie Mac’s widow, Rhonda McCullough, is blaming her late husband’s former dermatologist, Dr. Rene Earles, for the comedian’s death. According to TMZ, McCullough filed a wrongful death suit against Earles in a Chicago Circuit Court and is asking for $50,000 in damages. McCullough claims Earles could have saved Mac during a routine checkup, but “failed to recognize and act upon abnormal vital signs of respiratory failure.” According to the court documents, McCullough believes Earles should have diagnosed Mac with pneumonia and sent him to the hospital. Earles told the Chicago Sun Times that the comic had an allergic reaction to another doctor’s injection after he was hospitalized. Bernie Mac died at the age of 50 after being admitted to Northwestern Memorial Hospital in Chicago with pneumonia. Mac underwent a week of unsuccessful medical treatment and passed away on August 9, 2008.