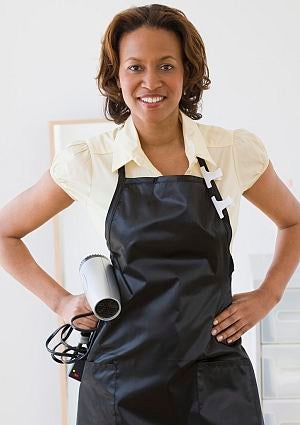 Conversations between beauticians and their clients can range from personal to frivolous gossip, but talking about healthy eating may just be the way to get African-American women on a better health track, says a new study conducted by both South Carolina State University and Florida State University, reports Reuters. The study aimed to get more African-American women information about nutrition in order to address the high rates of obesity, diabetes and heart disease. Lead researcher Latasha Johnson and her team conducted their study at two beauty salons in South Carolina as part of their “Steps to a New You” program. They equipped beauticians at both salons with scripted motivational  sessions and informational packets to give to clients. After six weeks the team found that the women who had received materials from a beautician increased their intake of fruits and vegetable from two servings to three and a half — the recommendation is five servings per day. Researchers hope to conduct a larger-scale study in the future. “The respect for cosmetologists within the African-American community allows for dialog to flow freely and for all within the salon to share their stories about personal life concerns, including health,” said Johnson. “The study results provide another example of a non-traditional way to reach African-American women and improve their health behaviors,” added Dr. Yvonne Owens Ferguson of the University of North Carolina at Chapel Hill.