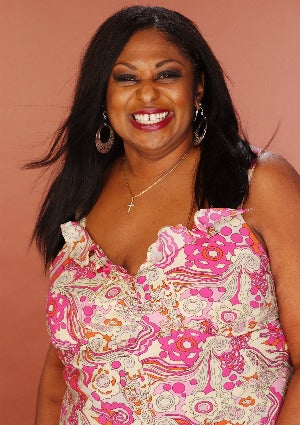 Singer Claudette King is proud to say she gets it from her daddy. The sassy blues singer is the daughter of blues and Rock & Roll Hall of Famer B.B. King. Claudette has jammed with world-class musicians since the ’80s and has created a name for herself in blues circles with her fierce vocals. Now she’s ready to take her show on the road. King spoke to ESSENCE.com about her new album “We’re Onto Something” and how Motown and soul equally influence her sound… ESSENCE.com: The album is titled, “We’re Onto Something,” what does that mean? CLAUDETTE KING: My music is a different genre of music, that depicts I am onto something; A new sound is being transformed through a different kind of music. ESSENCE.com: What was your inspiration? KING: My father, B.B. King, was the inspiration for me making this album. ESSENCE.com: One of the songs, “Too Little Too Late” is reminiscent of a Motown classic. Did Motown have a heavy influence on you? KING: Yes. I enjoy Smokey, Michael Jackson, Aretha, and Temptations. The list goes on. ESSENCE.com: What’s your favorite song on the album? KING: “Too Little,Too Late” because it was recorded in honor of the singer, Ruth Brown. It tells a story of how a person is in love and they destroyed their love by cheating. This song reminds me of a former relationship as well. ESSENCE.com: What makes your voice so strong? KING: The power of love. I love music and I love people. My love for the two is prevalent in my music. ESSENCE.com: You’ve made quite a name for yourself in the blues circuit. Who are your fans? KING: My fans are everybody. I want everybody to see that Claudette can sing different categories. I want them to know that it’s okay to be B.B. Kings daughter and go into other genres of music. ESSENCE.com: What artist do you respect in the industry right now? KING: I respect Beyonce, R Kelly, Tyrese, Ludacris, and Snoop Dogg. I love what they are doing. Definitely Michael Jackson. Each artist I mentioned is able to tell stories about who they are and where they come from. I respect those that are able to connect with there generation. ESSENCE.com: Having a famous father on the level of B.B. King must present some challenges. What kind of challenges arise as a result of your dad’s celebrity? KING: I have to stand up as an artist and represent B.B. King to the fullest -which is hard to do at times. Whatever is expected out of me has to be beyond great. Being his child my music has to be almost flawless because my father is a legend. That can be challenging. Claudette King’s debut album, “We’re Onto Something” is out now.