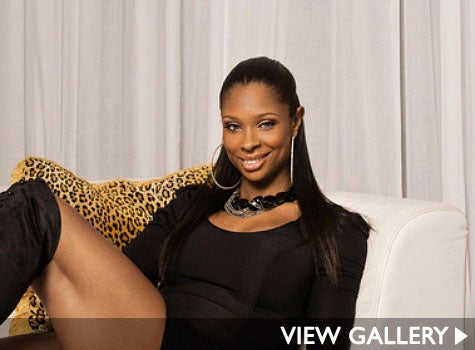 “Basketball Wives” cast member Jennifer Williams is the only real wife on our favorite Sunday night addiction. So far the college graduate and wife of former Charlotte Bobcat Eric Williams has been brutally honest about the highs and lows of being married to a pro athlete. Williams spoke to ESSENCE.com about issues of infidelity in her own marriage and how she’s learned to live with what she describes as a “dysfunctional” lifestyle. ESSENCE.com: On the first episode of “Basketball Wives” you said the lifestyle is dysfunctional. What did you mean? JENNIFER WILLIAMS: I meant that if you’re not in it then you don’t understand. Yes, we can go shopping and buy whatever but you’re by yourself a lot of times because your husband is traveling. You deal with a lot of these issues, whether it be infidelity or being alone. ESSENCE.com: Have you personally had to deal with infidelity? WILLIAMS: I definitely have had some issues. A lot of wives deal with that, whether they choose to admit it to their friends or not. That’s why I think it’s important to have a set of women who are going through the same things as you because they understand. ESSENCE.com: How did you and your husband get through the infidelity? WILLIAMS: He was sort of like, “I’m not gonna do this again.” I just figured I need to concentrate on me and make myself better and what happens, happens. I can’t really control anyone else but myself. When he turns the corner I don’t know what he’s gonna do so I can’t overly worry myself about that. That’s how I deal with it. ESSENCE.com: You seem a little detached. WILLIAMS: Not necessarily detached, but I focus on myself because I’ve learned the hard way. I’m taking things day by day. Like every other relationship, we have our ups and downs and right now we’ve made a decision to work on our marriage. ESSENCE.com: How do you and other NBA wives deal with trust issues? WILLIAMS: Most of the wives that I know can only trust their husband as far as they can see them. What happens away from us goes to the whole point of why I call this lifestyle dysfunctional. ESSENCE.com: Gloria keeps saying she’s not like the rest of you.   WILLIAMS: The rest of us are a little seasoned and we know what’s going on, but Gloria is new to this game. I don’t know if she’s nave or in denial, but I know for a fact that Matt is not the perfect fianc. ESSENCE.com: Uh-oh Jennifer, you’re starting trouble. WILLIAMS: Hey, it is what it is. I’m not gonna sugar coat it. ESSENCE.com: You and Evelyn’s friend Rashida exchanged some words on the last episode. What was that about? WILLIAMS: I have no idea. I’ve never had any type of disagreement with Rashida but I think she was a little out of line saying that I’m fake and my husband thinks I’m fake. She doesn’t even know me. There’s a lot of things that I’ve heard about her that I could have said but what good was that going to do? I try to remain classy. ESSENCE.com: Will we get a glimpse of who you really are, besides being an NBA wife? WILLIAMS: Shaunie wanted to show that we are educated women and we’re doing things for ourselves. That was very important for me because I have my own business and a non-profit organization. I’m principle shareholder in a women’s-only fitness studio called Flirty Girl Fitness and I also started a foundation called Project Save The World with another NBA wife. We just did an event to raise funds for Haiti. Before becoming an NBA wife I went to college [University of Maryland] and graduated cum laude and thought I wanted to be an attorney. So no, I’m not just some chick. Related stories: