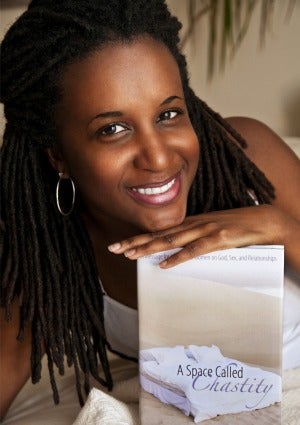 Now, I’m no church mouse or theologian. I am woman who was lost, broken and sad. I firmly believe God led me to chastity to protect my sanity and save my spirit. It worked.

A few years ago I felt like I was freefalling down a bottomless pit. I was moving too fast. I was desperate for it to end. I was…dating in New York City. After graduating from Oberlin College’s Conservatory of Music, I made my way to the big city to study at Columbia University. Academically, I was ready; socially I was unprepared.

I’d spent my teens and twenties in cities with a Southern state of mind — that meant dating was traditional. Boy spots girl. Girl flirts with boy. Boy asks girl out. They decide to go steady. After a few weeks or months the “magic” happens. Sadly, at least for me, it seemed like sex was a prerequisite to get a date in New York City. And exclusivity? Puh-lease. Men were more likely to introduce me to their other “special friends.” I spent months hoping to find someone I connected with and who only wanted to be with me. Soon I understood too well why they say be careful what you wish for…

One day I met an international student on campus who I’ll call Akeem, because I thought he was my African prince. He donned Columbia apparel and was bustling about getting his affairs together for the upcoming semester. Akeem and I hit it off immediately. We hung out every day. We talked about everything. We even had “friendly” sleepovers at my place. Akeem loved spending almost all of his time with me — and after a few weeks I found out why: He was homeless. The “pending Columbia enrollee” was a displaced international student — from another university — whose visa had expired. Oh yeah, he was living in his car. When I confronted Akeem he confessed… then asked whether he could live with me. I said no, but I was devastated.

New York’s “Sex and the City” dating rituals had left me lonely, heartbroken and weary. Desperation led me to allow a virtual stranger to spend evenings in my home. What if he was a rapist? A murderer? I’d rammed into a wall. Devastation led me to favorite refuge: Barnes & Noble. With tear-filled eyes and moist hands I combed the racks for books about dating. I knew my problem was that I based my identity on who I was dating. I had to learn how to support a mate but not neglect myself. I wanted to find the tools to reshape my thinking so a man would not be my all. Despite knowing exactly what I wanted, I found nothing.

I was in the bookstore, on the floor and crying, when God spoke to me and said I was destined to write the book I needed. At first I thought it was incredulous. I was no theologian. Then I did something amazing: I believed. I took an internship in a secluded area of New York City and began the process. On June 10, 2007 I began writing my book. I researched, studied and prayed. Soon it seemed like the things God wanted me to say came to me supernaturally. One thing was clear. I had to practice chastity in order to get closer to God and find myself.

Chastity has helped transform my way of thinking. Single women are in a place of privilege — especially in America, where we are not forced into roles of motherhood and to be a spouse; we get to choose it.  I became thankful. As my attitude shifted, so did my outlook on life. As I entered deeper into the space of chastity my focus became less on sex and outward fulfillment, and drifted to finding God’s plan for me. The journey was about God and me. Why was I here? How could I be what God designed me to be?

I’ve spent 2 1/2 out of the last three years in chastity. During that period I’ve learned how to love myself, and others, better. God had to show me that I was beautiful and that I could not be obsessed with what others thought.  I became committed to denying myself small pleasures to expand my focus. Lastly, I became comfortable talking about and serving God in all I do.

After dating God and devoting time to understand true devotion, my life changed. My outlook on love and marriage transformed from what I want, to what “He” has ordered. Most importantly, I’ve mastered how to value what I have to offer, and dole it out when the time is right.