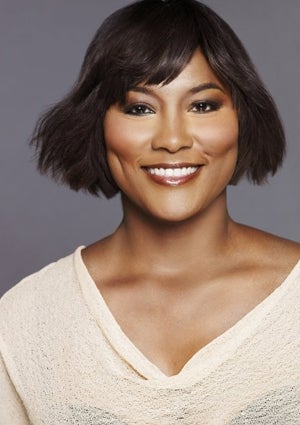 As a child, Jamilah B. Creekmur admired many things about her mother. She was a stunning beauty. No one rivaled her fashion sense. She was a great homemaker and a doting parent. The plethora of positive attributes made it harder for Creekmur to wrap her head around her mother’s rationale to be a married man’s mistress for 20 years. In her upcoming self-published book, “Raised by the Mistress” (out August 24), Creekmur talks about the hurt, embarrassment and anger she felt as the powerless third party in her mother’s affair. More importantly, she shares how she learned to balance accepting her mother’s decision without allowing it to shape her choices as she matured into a young woman, wife and mother. Creekmur talks to Essence.com about her experience: ESSENCE.com: Airing such dirty laundry is often considered taboo. What made you want to share? JAMILAH CREEKMUR:  I originally started the process to help me heal. My mother’s story is unique, because after being his mistress for 20 years he ultimately proposed. The fact that they got married blew me away — men don’t usually leave their wives. Despite their ending, there were a lot of years of hurt. In the media we often see affairs glamorized and sensationalized, like with the Tiger Woods case. What we don’t see is how infidelity impacts the children. That’s why I wanted to share my story. ESSENCE.com: How did the relationship affect you? CREEKMUR: I despised the man in every way imaginable. Especially because he kept saying he wouldn’t leave his wife because of their son together, but my parents divorced and my dad was great and active, so I never bought into that story. I felt he was stringing my mother along.  ESSENCE.com: In the book, you have your mom and her husband share their perspectives on what happened. Why? CREEKMUR: As I got older, I realized that there were so many other factors involved. My mom’s alcoholism — she’s 14 years sober — was more of a problem than her being a mistress. Today we’re all building a relationship. There was a time when I couldn’t stand to be around her husband; it would literally put a lump in my throat. I was harboring all these terrible feelings because of the context in which their relationship started. The book allows everyone to share his or her side. ESSENCE.com: How did being raised in a home with infidelity shape your views on marriage? CREEKMUR: I knew I wasn’t going to be a mistress, but I believe the balance was seeing my dad in his marriage. After my parents divorced, his new wife, Jackie, became my “bonus” mom. They kept me grounded in church and I saw a stable, two-parent household during a pivotal time in my life. My mother did model some good things for me as well. I grew up watching an unhappily married man come to our home and be happy. My mother found pleasure in catering to her man and she was non-confrontational. I took the queues on how to be loving from both households. ESSENCE.com: What do you hope people learn from your experience? CREEKMUR: I want people to realize that you are in control of your own happiness. You can be a victim or a survivor. I could have decided to be a victim to shame that wasn’t mine; instead I chose to believe in love, marriage and good men. I also want parents to know that infidelity can leave detrimental scars on the children. We have to start celebrating marriage and making better decisions. No one has to stay in a situation where they are miserable — it doesn’t matter whether you’re the cheater or being cheated on — it’s better to leave.