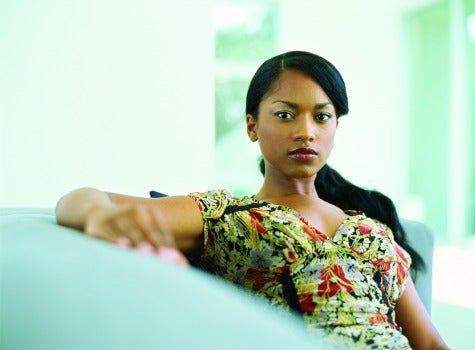 Life is short…unless you’re waiting for something to happen — then time crawls on, like the hours until your next paycheck is directly deposited into your bank account. A few weeks ago I shared that I’m officially in remission. I’m no longer afflicted with WFHAD (Waiting for a Hubby Anxiety Disorder), you know, that condition that leaves you obsessing, occasionally depressed and always anxious about when “he” will come along. I drank the juice. Took the pill. Prayed on it. Though I’ve willed my mind to have the patience of a saint, my body is still undoubtedly 100 percent human… yeah nurture. Boo nature. No matter how much you try to reprogram your thoughts, your body will betray you. The fact is simple: many women of a certain age yearn for motherhood, not just mates. It starts with the little things. Picking up and cradling small babies — which I used to dodge like dog poop on the street. Smiling at infants as they pass by in strollers — used to be weird to me, but guess who’s the creepy, but hot, perpetrator now? Still, I knew things had really changed when a stranger’s kid ran up to me in Starbucks and lovingly attached herself to my leg… oh yeah, and I liked it. Nature began to fade my impatience with kids and insulated me with their favor. But that’s not its only cruel and unusual punishment against this singlista. During a recent discussion with a friend, the topic turned to our bodies. I went straight for the tough question, “Have you noticed anything different about your ovulation cycle the last few months?” Her response, which she pointedly quipped, sent me into a knee-smacking, nose-snorting, spittle-emitting laugh. “You mean the week’s worth of hair gel that has me wearing grandma panties? Yep. I got it too.” Michael Jackson’s “You Are Not Alone” played in my head. Despite our personal choice to wait to bear children, nature reminds us that time is relieved of the primary burden many single Black women face: it waits for no man. If we were less sophisticated mammals, we’d be in “heat.” Cooling off your thoughts is one thing, but fighting your biological clock is impossible. Bump peer pressure — my body is pressuring me to reproduce! A co-ed social network that I’m a member of posed this question: “Would any of the unmarried women of the group be interested in having a baby with a platonic male friend?” I was floored. Was this what I had to look forward to, finding a man when I’m in my mid-thirties — with the shutter on my fertility window quickly coming down — to fulfill part of my dream? Quickly my mind raced to my own childhood. Though it wasn’t the worst, I will admit I don’t recall it happily. I was what therapists refer to as a “parentified” child, which means a kid who is given the social responsibilities of an adult. After my parents’ split I became my mother’s “right hand.” I handled errands, watching my younger siblings, and enduring some of the emotional stress of a parenting partner. I remember asking my mother why she chose my dad, and to have us. Her answer was simple: She loved him. Furthermore, without him we wouldn’t be here. I never really drank that juice. Two decades later those feelings still inform my choice on how I want to raise my children. I know there are no guarantees in life. Still, I don’t want to have children just because I want to see someone with my face — or worse, the face of a man I love but who is not ready to be a husband or father (notice the order of the latter). Society gives different women varying messages. If you’re a person of color who’s poor, having children out of wedlock is morally and socially wrong. However, if you’re a middle class White woman — or a woman of color with an exceptionally high economic situation — you can use science to help you conceive and hope a male role model or husband comes into the picture later. My question is simple: what about the kids?  Money can buy therapy, but not resilience. We know that some two-parent homes are toxic, but the notion that we don’t need men in our households as long as they are “around,” doesn’t work for poor people, so why should it work for the middle class? Today I am balancing putting someone else’s needs (my possible future children) ahead of my desires. Yes, I want to see a miniature version of my face running around my house. More importantly, I know that face needs two parents who are committed to being present in their life. That face deserves to be nurtured and encouraged by both, to learn what behavior to model and accept — and what to leave alone. More importantly, that face isn’t there to fulfill mommy’s need, but their divine purpose. So, mommy will wait. After all, isn’t being a parent about selflessness? Tell us your thoughts about purposely having kids without a partner.