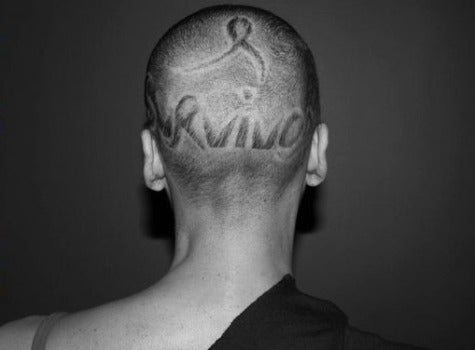 Most women in their thirties are consumed with living life to the max; I only was only concerned about living. Turning 34 years old was bittersweet. My business as a filmmaker and journalist was booming. After years of producing and directing music videos and smaller projects, my first feature film was greenlighted. I was producing an online magazine. It seemed like all of my hard work was finally paying off. I was super busy — and more tired than I’d ever been in my life. The thing is, the wariness never stopped. I knew my body was out of tune, so I began recuperating by resting longer. Eventually, I couldn’t control how late I slept and I couldn’t climb out of bed until 5 p.m. Fortunately, I had insurance, but I didn’t have a regular doctor. When I went to my GYN and reported that I felt a lump under my breast — in addition to the other symptoms, such as fatty tissue accumulating and heavy menstrual cycles — my concerns were dismissed. At 34, I was too young for cancer. So they tested me for everything, except the big C. All of the results were negative. All of my symptoms indicated there was positively something going on. After six months of testing, with no diagnosis, I decided to advocate for myself. I asked, no demanded, an MRI (magnetic resonance imaging) after having a dream that I was in the testing tank. I guess my spirit knew I needed to make a move. In my 33 years on earth I was a never sick. I rarely missed gigs. I was always on the go. That all stopped the year I turned 34 and was diagnosed with stage two breast cancer. Devastated. Scared. Alone. All of these feelings engulfed me at the same time. Would I die? What was next? First, I prayed. Then I began to research my condition. I realized quickly that I had to focus on the here and now. What did I need to do and know immediately? The doctors — and research — emphasized the importance of surgery as soon as possible. And I did it. I had a lumpectomy and a partial mastectomy, which removed the areas that had speckles of cancerous cells. Afterward, I had four sessions of chemotherapy over the course of two months. Thanks to countless prayer circles and my mom, who relocated to New York City to take care of me, I’m well. In fact, I came out of surgery declaring it. I am happy to say that one year later I am still cancer-free. Most importantly, I’ve returned to work and my life much stronger from my experience. Today I am balancing maintaining a healthy lifestyle and career, while thriving, post-cancer. Since many studies show that stress is the top cause of disease, I chose to limit mine. That means getting rid of dramatic relationships, eating better, balancing my spiritual life and ditching my workaholic tendencies. After years of being a caretaker, my diagnosis forced me to put myself at the top of my life for the first time in my life. I plan to keep it that way.