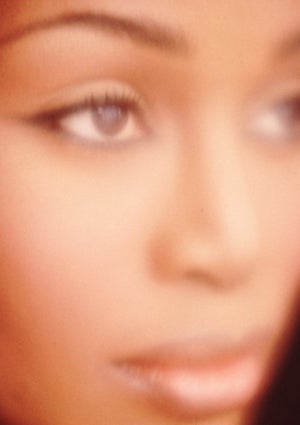 I thought I met my future when I was 24-years-old; now I’ve finally accepted the experience was destined to be part of my past …at least for now. *Steve was unlike any man I’d ever dated. He was larger than life, both physically and experientially. He was tall, dark, and handsome… and weighed around 400 pounds — but I never saw his size. From the moment we met at an event, my instinct was to cater to him. We didn’t exchange information that day, but I did think about Steve. Apparently, he thought about me too. For the next few weeks he put a full court press on my friend’s husband for my telephone number. When we finally spoke, it was like my left leg finally found the right one, we were in step. We talked on the phone for hours, and after a 12-hour marathon date (dinner, bowling, golf, dessert and driving around the city) we saw each other every day for about three weeks. Soon we were entrenched in the normal routine of dating and things naturally fell into place. Our relationship seemed ideal. Steve was a record company executive and rolled Big Willy style, a new experience for me. We traveled extensively, dined at fine restaurants and attended events out of my normal recent college grad circle. I loved the experience, but still knew it wasn’t enough. There were some major red flags. Steve did not like labels and found it cumbersome to use the title of boyfriend/girlfriend — though he wanted us to wed. He also did not want me to be formally introduced to his son — he claimed it would be too much drama with his ex and I was idealistically expecting an “All of Us” moment. Lastly, Steve was very much a man who put his wants before my needs. Over the course of six years, Steve and I lived together, broke up, got back together and split up on several occasions. There was one constant: I always conceded to his demands. At the time I thought that’s what a good woman did, you know, follow her man’s lead. After all, he was a great guy. He was a responsible father. He was a determined provider. I realized there was only one thing he wasn’t: my husband. The problem is that I treated him like he was, from the jump. I also thought it was my duty to put Steve’s wants and needs ahead on mine. The more I did it, the more he expected of me. Steve wanted to me to silently follow his lead, and as long as I did he was happy. I wasn’t. I dreaded standing up for myself, asking to discuss issues or questioning his choices — all lead to confrontations. But as I grew as a woman, I couldn’t help it. I wanted to know the whys and whens of our life together; I was his partner, not his child. I walked away from Steve many times. He always came for me. I always took him back… until now. Over the last 12 months both of us underwent surgeries. Mine was a day procedure, but I was scared and wanted him with me. Work obligations kept him from attending the surgery, but he chose not to visit me in the days that followed. A few months later, Steve underwent major surgery and asked that I stand by his side, as his wife. I was elated but wary. Still, the man I loved needed me and I was there. I stayed with him at the hospital, moved back in with him and prepped for our life together. Then he decided to modify our plan. Steve had a change of heart about our destiny post-surgery and asked me to leave his home — though I was unemployed and had given up my apartment to pursue our life together. I was devastated but not totally surprised. I realized that Steve would always expect me to be there when he needed me but couldn’t deliver the same. I always accepted what he offered, and stepped up to his demands. Sadly, I never set my own. This allowed him to have what he wanted but always left me feeling unfulfilled, used and underappreciated. In hindsight, I guess my hourglass figure isn’t the only thing I got from my mama. I grew up watching her be accommodating to everyone around her and being okay with receiving little in return. Today I’m shipping off that unwanted baggage and marking it “return to sender.” I finally understand that bending to fit and complement your mate only works when they are willing to flex too. I can’t love someone more than I love myself. I won’t settle for someone who says they love me but doesn’t show it. Lastly, I will never “play wife” when I’m not. When the man I’m supposed to wed finds me, he’ll have a good thing. I will shower him with love and devotion. I will compromise and be selfless. I will be understanding and self-reflecting. Most importantly, I will know I have a good thing when he’s doing the same. *name changed Please share your thoughts on how to compromise with a mate without compromising who you are.