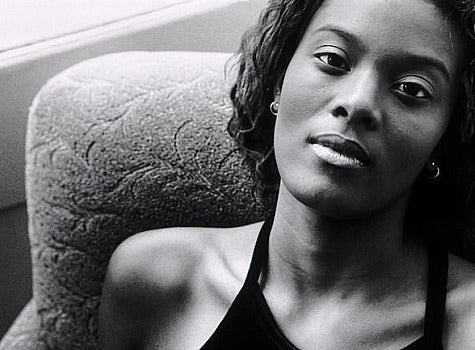 I have a confession. I’m used to coming in second–well, with men. Luckily, a recent event with my daddy dearest has helped me see the error of my ways. Growing up, I was taught that I had to be understanding of my father’s plight: a Black man with seven children (two baby mamas, an ex-wife and a wife). How could I expect to be a priority? So I learned to deal with his absence. You know, judge his heart, not his deeds. As a dutiful daughter I was supposed to forgive his shortcomings and love him unconditionally because, in spite of it all, he loved me. Even though I didn’t have my dad in the home, I grew up around five Black men–four uncles and a grandfather–who loved me daily. They took me to school. They kept the hounds at bay when my hips rounded out. They lined up to shower me with proud smiles at graduations and proms. My dad was usually present during the sunny days, but these men stood by my side during the rain. Given all of the communal love, I thought I was fortified in my criterion for men. Turns out, not so much. Several weeks ago my father invited me to spend individual “daddy-daughter” time with him–something never really offered during my childhood–and the little girl in me leapt. I would finally have a solo outing with the first man I ever loved (woo–sigh). Our few hours went well…until he started talking about the experiences he shared with his other kids over the years. There were family reunions that I was never invited to. Birthday celebrations where I never got to taste a cake crumb. Family plans that didn’t factor me in. Get the picture? But what hurt most was when he talked about how much he had to play protective papa to my youngest sisters who grew up in his home…less than two miles away from mine. Here was a man who’d never asked to vet a boy I was dating or pick me up on a late-night from the train station, carefully detailing the merits of male parenting. That little girl, you know the one so excited about seeing her daddy, was crying hysterically, you know, the snotting kind. The woman housing her was angry, you know, the cutting kind. My father was oblivious, you know, the delusional and optimistic kind. In the midst of my silence my temperature rose and quickly simmered. I got it; the “house kids” get treated differently than the “outsiders.” Then something unusual happened…I started getting hot again. That’s when it hit me. It’s not acceptable. You have to make room for everyone you love if you want to be loved back. Next, I had an unwelcomed–but much needed–epiphany. The theme from Mad TV’s “Lowered Expectations” skit played over and over in my head and I began connecting the dots. Wonder what the latent impact of forgiving my father all the time has been? I’d learned to give unconditional love to the “leading man” in my life–and be okay with not receiving it. Umm, think that doesn’t “sound fair”? Imagine living it. Since that laid the blueprint for my intimate relationships, you know what’s next. I can literally go down the list of my most significant relationships with men and look at ways that I’ve allowed them to place my basic needs second–just like my dad–but justified it. I was a strong Black woman; I’d be okay. I’d work with a brother–and became a pro at it. I understood why “hood perils” could stop a man from giving me his all. I intellectualized how trying to make it in school or at work, could prevent someone from loving me fully. I sympathized with how dealing with crazy baby mamas–and kids–could halt a man’s ability to cultivate our relationship. I think the saddest part is I never really understood what I was doing wrong or why it was unhealthy. I just knew that I often left relationships feeling like I gave more than I received. Today I’m saying, no yelling, no shout/sanging, a Whitney Houston-styled (the old train wreck, crooked weave and shaking hands kind) “Hell to the no.” Loving these men unconditionally is killing me; I’m depleted. If I need fatherly advice, my dad is not the man I turn to. If I want a shoulder to cry on those men who leaned on me the most–who were quick to tell me “you da best” or call me their “boo”–want to schedule time for a face-to-face–at their convenience because they know I’ll be okay. I don’t crumble. I won’t fall apart. Truth is, both have happened. I’ve just learned to keep God–and glue–close. They are okay with disappointing me because there is no consequence. I always understand, forgive and bury it. I don’t blame “the man” or Black men for my learned behavior, which I call a CMGW (Coping Mechanism Gone Wild). I fault “the monkey” on my back that makes me think I need to be a caretaker to all these males as they heal. The good news is I just went to my local bodega, bought a banana (I live in the hood, but not a food desert, lol) lured that furry creature down…and beat the crap out of him. The funeral is tomorrow at 8pm. From now on my love has one condition: consistent reciprocity. Any man who wants me to call him daddy needs to treat me like his baby girl. I’m sure I’m not the only one grappling with bad habits. Tell me your thoughts. Read more: