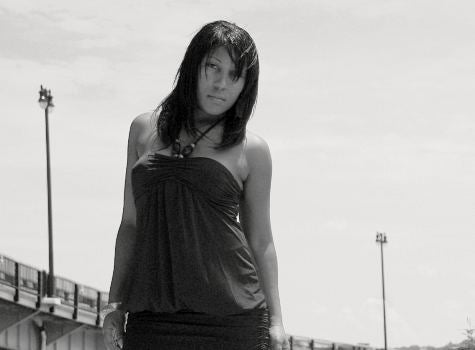 Like many women, I looked forward to being married with children and felt blessed that it happened. When I was 22 years old, I fell in love with a man who proposed marriage. I accepted.  Most importantly, we did things the right way. Not only did we talk about everything from spirituality to finances, we took the time to go over the minute details; such as how we would attack disagreements or approach child rearing. We seemingly planned for everything… except failure. My husband and I spent countless days together during our courtship, but I didn’t meet the real him until our honeymoon. That’s when he had his first — of many to come — meltdown. His voice, demeanor and eyes said it all. He was nasty, loud and aggressive with a beach vendor who approached me to sell a service. His behavior was more than territorial; it was blatant insecurity and hostility. After the situation was diffused, my husband apologized profusely and I let it go. What else could I do? I reasoned that it was post-wedding stress… and maybe he had a bit of a temper issue. I was wrong. Our marriage didn’t shatter that day on the beach in the Caribbean, but it cracked… then gradually crumbled right in our home. Despite his success, my husband felt intimidated because I attended college — so whenever he was anxious, that became the glass shard in his thumb. In addition, his meltdowns grew more unpredictable. For example, one morning he became irate because the H on the hot water handle in the bathroom came off. I felt like I was managing a child… then we had one. My marriage wasn’t always bad. There were stretches of progress that made me optimistic. We decided to have a child during a great time in our relationship. But after our son was born, I realized the extent of my husband’s problem. He would get frustrated at normal events, such as birthday parties; because he felt our son was being overly doted on. He’d say things like, “you treat him like he’s prince” because I did things for our son that my husband didn’t receive as a child (but most kids did). Still I prayed and waited… but I knew things were heading downhill when he snatched a toy our son was playing with, crushed it with his foot and threw it out of a window. I wanted to go to counseling. He wanted to leave — he won. When my husband left, his mission was to maim and crush. He called the utility companies — in front of me — and took his name off the bills. Even worse, he took most of the furniture and left our son and me without basic necessities. After a few months he asked to come home and I let him… but more of the same behavior followed. He lied about being in anger management and refused to participate in marital counseling and complained that I wasn’t the same. How could it be? I didn’t trust him. I couldn’t depend on him. He refused to meet me even a quarter of the way. I’m not one of those women who’ll conjure up a litany of reasons as to why her ex is the only cause of the demise of their relationship. There is one thing I could have done to save our marriage: stayed. But I couldn’t. My heart couldn’t keep pumping for a man who walked out on his family whenever he was mad. I refused to keep batting my eyes and opening my legs to a partner who lied to my face and talked to me so rudely that it made my stomach ache. Moreover, I wouldn’t sleep at night knowing that all the angst and worry would have a crippling effect on our son. Armored with this grounding I was ready for the war. When my ex walked out the door for the third time, I told him he would not be welcome back in our home without therapy and progress. I kept my word. Today I am balancing being a single mom to a young man who barely knows his dad — due to his father’s choices. My ex will not see our son unless he’s in the mood to parent; lately, it’s been about every nine months. Still, we go on. I never imagined I’d have to be our son’s everything. I’m the nurturer and the enforcer. I’m at school, sports events and after-school activities — 99 % of the time it’s without his dad. I am thankful for a village of supportive family members and friends, who cosmically seem to call when I think I’m about to lose it or understand when I can’t commit to plans because of my son. I will always love my ex-husband; I married him with forever in my heart. Still, my commitment to honor myself, and son, supersede all else. I refused to let a man who did not value improving his life to ruin mine. I still believe in love — especially loving oneself enough to know when it’s time to move on. I have.