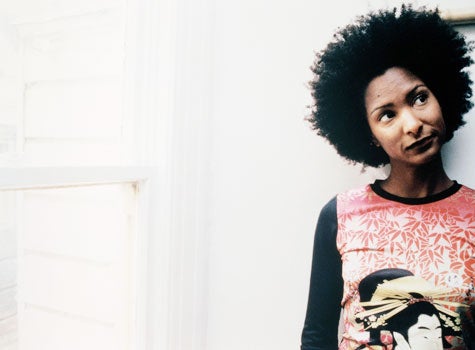 Here’s the good news: I didn’t slit my wrists this Valentine’s Day. I am single. And yes, the older I get the more I just keep thinking about how right my aunties and dearly departed mother have been all along. I remember the day I graduated from Columbia University’s grad school like it was yesterday. After a huge celebratory lunch with my family and friends, we retreated to my great aunt’s Brooklyn brownstone to indulge in cake and champagne toasts. My mother kicked off her speech by saying, “You have a BA, and MS and we know what’s next… M-R-S.” As I stood there in my 24-year-old stupor, first with my lip hanging down, then smiling and laughing like I knew what the hell she was talking about, all eyes fell on me and the room grew silent. ‘What?” I finally asked. My aunties chimed in, seemingly in unison, “Marriage!” Tears immediately claimed their rightful place in my ducts. I turned and looked down at Dawn, one of my bbfs and a PhD who’s short in stature but big on common sense, and she gave me a reassuring glance. “I don’t want to get married now,” I confessed. And I didn’t. It took three years for that sentiment to change. At 27, I met a man who I felt so strongly about that I was my best self; you know, all things woman–I mean relatively speaking of course, because I’m still in the process of learning how to cook, sarcastic jokes spill out of my mouth and I occasionally carry a knife (hey, BK we go hard). I guess what I’m saying is that I understood the meaning of true love and accepting someone for who they were. I was ready to leap. Unfortunately, who he was, was wack–trust me, my friends, associates and enemies took a vote. (Ok, seriously our interactions became unhealthy and I wish him the best on his journey–mature, right?) That said, what happens after you meet and then are forced to end it with someone whose smile makes you warm inside, who you don’t mind using the bathroom in front of, whose dreams become yours? I know I’m not the only one who believes God showed them a grand flame–then snatched it away quicker than a crack head stealing a VCR in the middle of the night. I believe the purpose of that relationship was to introduce me to love’s potential. Now I’m a believer…who’s not-so-patiently waiting for what’s next. On Valentine’s Day I received a barrage of texts–ok, maybe four or five–from guys sending well wishes or asking me out on last minute dates. I wasn’t offended by the latter because I know most people want to be with someone on that day. Thing is, I’m not good at faking the funk. Dating is a financial investment for men, so I’ve learned to call it quits early. Besides, it’s hard for me to eat free meals with someone who wants to get in my drawers or size me for a ring, when all I can think about is why are you driving a luxury vehicle and renting, or where were you when God was handing out shoulders, or do you really think it’s ok to talk to me like that? So, how can I describe my Valentine’s Day? Ok, you know that old lady in your neighborhood who has a bum leg and cataracts in one eye, but still takes meals to her other friends who are too sick or unwilling to come out. Yeah, that was me but the only ailments my friends and I were afflicted with was varying degrees of broken hearts. I couldn’t bare to be in my house so I spent the day with various girlfriends–some single, some not–discussing how to deal with the Mike Tyson-esque uppercuts love has been throwing us. Since my cooking may have made us all sadder I came gifting my killer smile and wit. All in all we had a good time, but laughter can’t mask the truth: I’m finding it hard to love the ones I’m with. I want to be patient with my suitors–but true to myself. I want to be open to new loves, but my BS meter is so fine-tuned. I want to be accepting of other ways or rituals, but hold what I believe true close to my heart. As we grow older, I find people are less willing to “mesh” and instead adopt the “if it doesn’t fit we must quit” attitude. Both guys and gals are quick to rattle off a litany of criterion instead of simply being open to what may work. Also, many people have already experienced love and have given it a face, scent and voice. Everything else is sloppy seconds. I understand. If you’ve shopped at Gucci, hitting up Canal Street seems wack. Despite it all, I am… hopeful. I believe that there is another someone who will think my snorts are sexy, understands my vocal inflections and carries my dreams on his back. I can’t wait to meet him. I know I’m not the only person struggling with fillers while they’re waiting for the Mr. or Mrs. Right. Share your thoughts on whether you can love the one you’re with. Read More:
Loading the player...