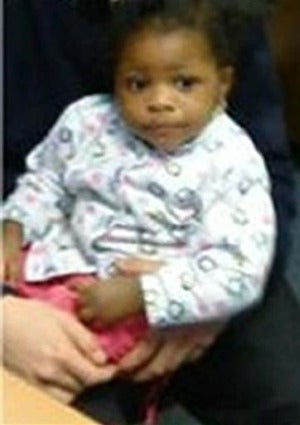 The police are often thought of as the ones who protect vulnerable children. But what happens when law enforcers hand your baby over to the enemy by accident? In London, a baby girl is missing after police handed her off to the wrong temporary guardian. 18-month-old Audrey Nyanor’s mother, who is from Ghana, was arrested for allegedly committing an immigration offense. Police brought Nyanor and her mother to a station in London’s south end and called friends and family members to arrange for someone to look after the child. So, when a woman came to get Audrey, claiming she was a friend of her mother, police gave her the child.

“The details she gave to police corresponded with the name of the woman Audrey’s mother had told police would pick up her daughter, and as a result she left the police station with the child at approximately 10:40 a.m.,” a Metropolitan Police spokesperson told London’s “The Independent.”

“Subsequently it became apparent that the woman was not the same person who had been organized to pick up the child. As a result a police investigation began to find Audrey, and to identify and trace the woman who took her. Whilst there is no evidence at this stage to suggest that Audrey has come to any harm we are very concerned that she remains missing and we are making every effort to ensure she is safely returned,” the spokesperson continued.

The woman who took Audrey is black with a medium frame and short black hair. Police believe she is also “of Ghanaian heritage.”