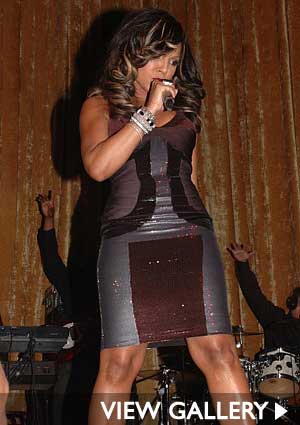 An Indiana salesman has been arrested for bombarding Ashanti’s mother Tina Douglas with lewd text messages and revealing pictures, according to the New York Daily News. David Hurd is charged with 28 misdemeanor counts and aggravated assault and faces a two year jail sentence.

“Tell Shani I’m coming over straight home from work to put in sum overtime. u know how I do, LOL” read one of Hurd’s messages to mama Tina. All-righty then, not exactly the kind of text you’d send to the mother of the girl you’re supposedly trying to get with, but Mr. Hurd sounds like a case.

Hurd upped the creepy-factor by sending pics of Ashanti’s home and car and detailing explicit sex acts he’d like to perform on the R&B starlet.