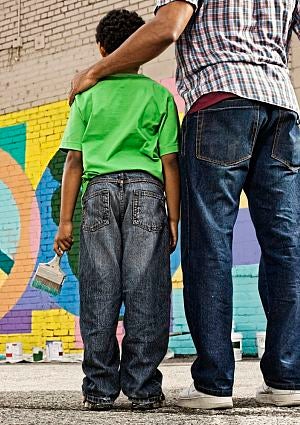 An elementary school principal in Prescott, Arizona has ordered artists to “lighten” the faces of Black and Hispanic students depicted in a mural after residents and a local councilman balked at the idea. On his radio talk show councilman Steve Blair questioned why the largest face on the mural appeared to be Black. “To depict the biggest picture on that building as a Black person — I would have to ask the question, ‘Why?'” said Blair. In response to people hurling insults like “Get the ni—- off the wall,” the principal, Jeff Lane, has asked the artists to lighten the children’s faces and make them look “radiant and happier.” But Lane says it has little to do with race.  “We asked them to fix the shading on the children’s faces. We were looking at it from an artistic view. Nothing at all to do with race,” he said.