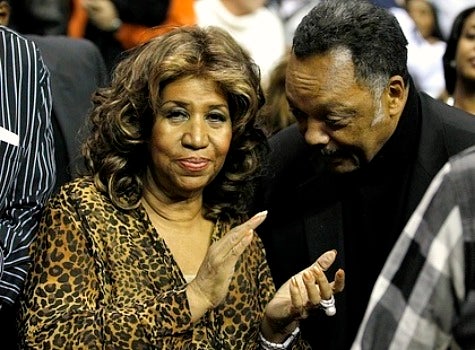 Over the past few months Aretha Franklin has been laying low, recovering from the surgery she underwent on December 2. It seems like the Queen of Soul is doing well as she stepped out to watch the Detroit Pistons take on Miami Heat in Auburn Hills, Michigan last night.

Franklin was seen cheering on the players and chatting it up with the Reverend Jesse Jackson who accompanied her to the game.

As far as when Franklin will be back ‘on’ the esteemed singer told AP she’s hoping to resume her performance schedule in may, “Probably starting at Radio City, reschedule what I had to cancel,” she said.