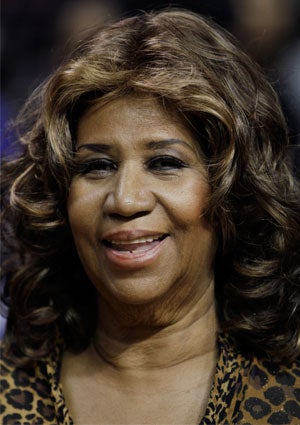 If you’ve been following Aretha Franklin in the news, you’re well aware she released few details regarding her recent health scare — leaving many to believe cancer left her hospitalized — which she denied. Now the Queen of Soul is speaking out to dispel the gastric bypass rumors…

Franklin lost an astounding 85 pounds in just a few short months. Many of us are baffled at her dramatic weight loss and want to know how she got so small, so fast.

According to PopEater, Access Hollywood caught up with the legend and flat-out asked her if she had the gastric procedure done, and she replied, “Definitely not, and would not. The problem has been resolved. I don’t have to talk about my health with anybody other than my doctors.”

Whatever the situation, we’re glad she’s feeling better and planning to make her return to music. “I couldn’t be feeling any better than I’m feeling right now,” she added. The singer is said to be holding an upcoming concert and will release an album exclusively through Walmart during the month of May.