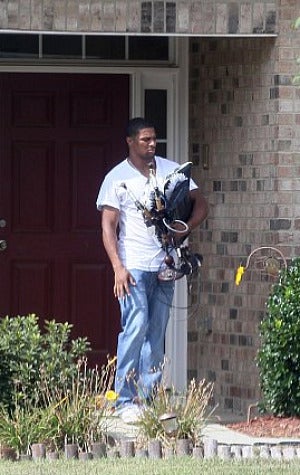 It wasn’t Fantasia’s fault, says boyfriend Antwaun Cook. The season three “American Idol” winner’s former “off-and-on” again beau says there were already problems in his marriage before he met Fantasia, reports People. “Antwaun would be remiss not to address the criticism and judgment he has received,” said Cook’s lawyer, Nicole Sodoma. “He knew Fantasia Barrino, but the failure of his marriage can in no way be blamed on anyone except the two people that were a part of the union — Paula and Antwaun.” Sodoma adds that Paula and Antwaun “expected their marriage to stand the test of time,” but couldn’t work through their differences and split in the summer of 2009. But Paula remembers it another way. In court papers filed earlier this month, she said the split occurred June 16, 2010. Cook and Fantasia were recently spotted having a conversation at a park near her home while cameras rolled for her reality show, “Fantasia for Real.”