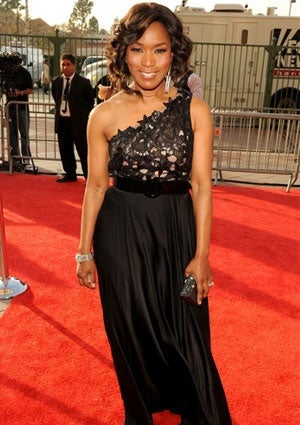 Angela Bassett is the latest superstar to head to theater. She joins the likes of Denzel Washington, Halle Berry, Tchina Arnold and Kerry Washington as she’s set to play a pastor in the Pasadena Playhouse production of “Pastoral.”

Starting this November, the Black Women in Hollywood honoree will take on a holy character with a haunted past. “Pastor Emily has a dark secret, hidden from even her own son,” according to Pasadena Playhouse. Bassett’s character will be challenged to “look within” for forgiveness.

However, this isn’t Bassett’s first trip to the stage. She starred in a production of “Fences” at Pasadena Playhouse and appeared in 1988’s Broadway show “Joe Turner’s Come and Gone.”

With so many Black actors complaining about lack of work in Hollywood, Bassett seems to keep busy these days. Her latest movie “Jumping the Broom” will open Mother’s Day weekend.