When you think of the sports media industry, there unfortunately aren’t many names of women of color in leadership positions who come to mind. A not-so-new name to add to that the growing roster of Black women making a lasting impact behind the scenes of your favorite televised sports addictions is ESPN Coordinating Producer Amina Hussein.

An accomplished Oakland, California native, Amina is currently making new strides in her career with the return of the Saturday NBA Countdown show, which debuts on Jan. 21. While she’s continuing to aim high and exceed her goals at a steady pace these days, the avid Golden State Warriors fan still remembers her early beginnings in the Bay Area.

“I was fortunate enough to get a job at the local KMBR-San Francisco sports talk radio show out of college,” Amina tells ESSENCE. “I did that early on in my career and focused mainly on producing pre and post-game content for both the Warriors and the Raiders. Then in 2003, I had the opportunity to move from Oakland to Bristol, Connecticut for a job with ESPN Radio and that’s how I got my start there.”

After a few years learning the ropes at ESPN in Bristol, Amina was well on her way. She recalls one of her proudest moments as being able to implement the now-infamous SportsCenter live airings.

“In 2008, I became coordinating producer of SportsCenter and I helped to launch the morning SportsCenter programs,” she continued. “Back in the day, before the explosion of social media, we used to just re-air all of the SportsCenter shows. So, launching a live SportsCenter series was a big deal and it’s definitely something that I’m proud of doing. I did that for two years and then I moved over to the NFL to do NFL Live and eventually, NFL Sunday Countdown. After that, I was fortunate enough to be able to relocate back to California to our Los Angeles studios to begin overseeing NBA Countdown in 2012, which is where I am now.”

As for what motivated her to pursue a career in sports broadcasting and producing initially, Amina credits her love of basketball and her passion for sports overall.

“I think I knew in high school that I wasn’t going to be able to play professional basketball, so it made me think about how I could figure out a job that can get me to talk about it instead,” she recalled. “I think that was my mindset then and I know it was my mindset in college because it’s something I’m passionate about.”

The ever-evolving world of digital media has presented the lead producer with a host of challenges, but at the end of the day, Amina says the most important thing for her is accuracy.

“I do think that everybody has these different avenues where they can get information, but, it’s my job to make sure the information that we’re presenting is correct. As the coordinating producer, the biggest thing is to not rush to get a story out and to take your time and make sure it’s right. Social media can kind of jade you on that. I know there’s been times where I’ve been at home and I’m checking Twitter and getting alerts and I see an interesting story. But then, maybe that story doesn’t have as many legs as it appears to in 140 characters. So, a lot of my job, alongside my staff and our news editors, is to make sure that we’re getting it correct.” 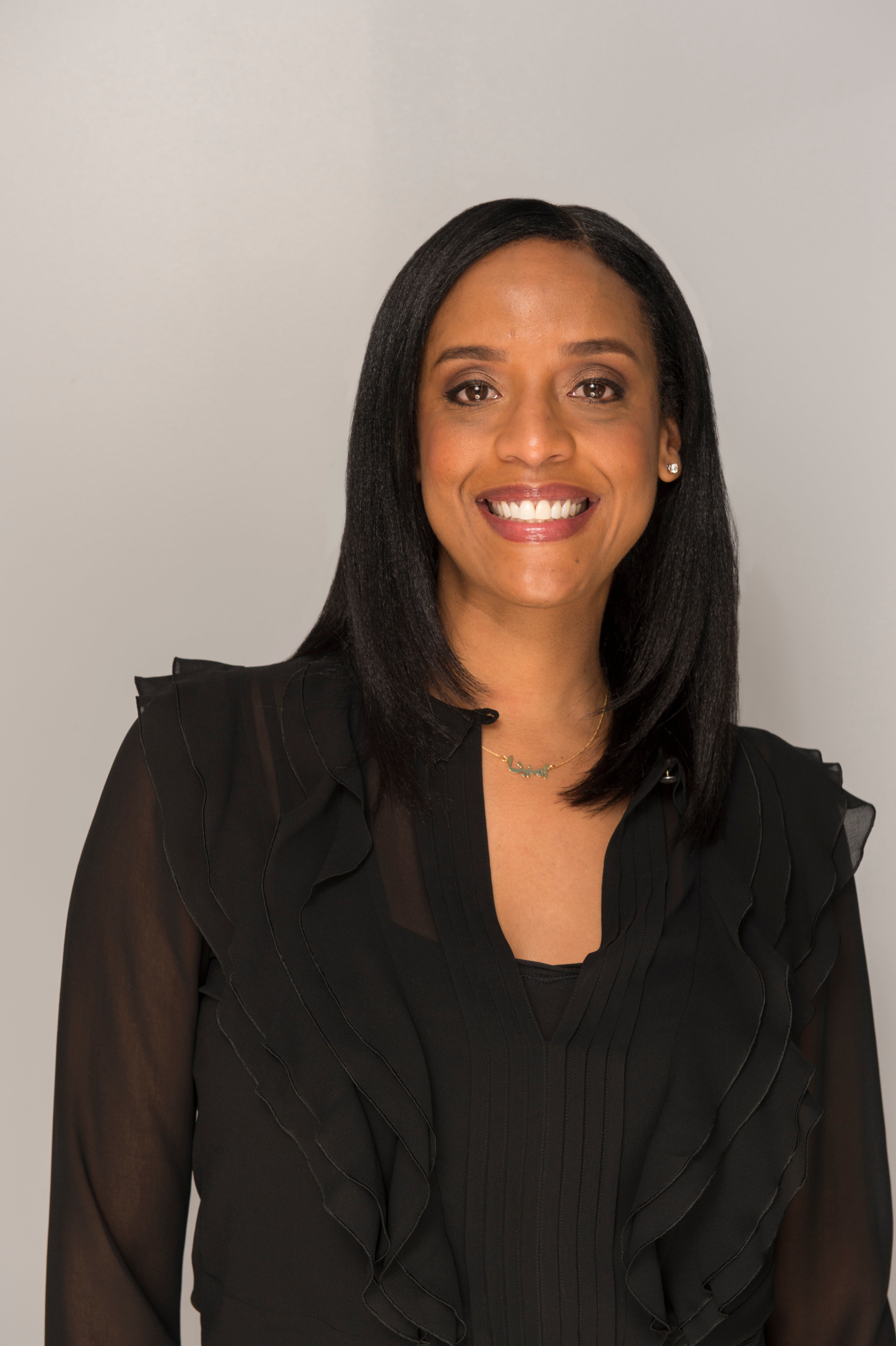 One of few women of color in her position, Amina says she takes immense pride in being able to provide different perspectives and increase opportunities for other women like her.

“I think as producers, there are a lot of different things that can influence how you approach different stories,” she says. “As a woman of color in my position, I value being able to look at things a little bit differently than some of my other counterparts in the industry. I also value having the opportunity to at least start the conversation to get other people to look at things from a different perspective when it comes to covering Black athletes.

Another thing is, when it  comes to giving other people of color opportunities, I’m also fortunate enough to be in a space where I can hire and help mentor more people that look like me. Like Viola Davis said a couple of months ago at the Emmys, the only thing that separates women of color from anyone else is opportunity. And that’s true. And I’ve been afforded the opportunity to be in this position, so, I definitely aim to groom and mentor and assist both women and men of color whenever possible. I take pride in that.”

Amina will also be teaming up with iconic NBA legend Earvin “Magic” Johnson, who described her as “a pioneer in the field,” for the newest installment of NBA Countdown for the second time. “Amina is a true professional in every sense of the word,” Johnson told ESSENCE. “The enthusiasm she brings to the ABC NBA Countdown set is contagious. As a great leader, she is always over-prepared, constantly putting the team in a winning position for a great show.”

When asked about her experiences working with Johnson, it seemed the feeling was mutual for Amina.

“He’s just an amazing person. He’s an even better man than he was a basketball player, which is hard to even say because of all the accolades he had as a player and a champion but, he’s just a great guy to work with. He’s motivational. The work he does with the inner cities in different communities is also second to none and it’s just great for me to get to sit and talk about not only basketball but life with him. So, I’m really excited to have him back on the project.”

With an Emmy, years of successfully produced shows, praise from Earvin “Magic” Johnson himself and an NBA championship-winning hometeam to brag about under her belt, it seems the sky’s the limit for Amina. And she’s shooting for the stars.

“I went back and looked at a motivational note to myself and one of my goals was to oversee a sport,” she says. “At that point, I was working on NFL, but I wasn’t in that position where I had those direct relationships to be able to manage or lead content. So, I think that’s something I aspire to do in the short term. Long-term, I would like to figure out a way to start my own production company so I can be responsible for content form beginning to end.”

Above all else, Amina encourages women seeking similar career paths to learn the art of attitude adjustment as early as possible and use it to their advantage.

“Back in the day when I was the only one in the room (whether it was the only woman or the only person of color), and I was really self conscious about how I challenged up and how to manage up. In retrospect, I wouldn’t take it back, but I had to learn throughout the years that there are different ways you can manage up. I’m not There’s a Maya Angelou quote that says, “If you don’t like something, change it. If you can’t change it, change your attitude.” I think there was a point in my career where I had to change my attitude and not get so frustrated with certain situations and instead look for ways that I could be an advocate for other people who may find themselves in similar situations. You have to always seek to figure out how to maximize your potential.

You have to learn to be comfortable being uncomfortable.”

NBA Countdown airs Wednesdays and Fridays at 7pm on ESPN and Saturdays at 8:30pm on ABC.