This week, The New York Times was heavily criticized for publishing an article about the Austin bomber, Mark Anthony Conditt, using language that described him as a “quiet” and “nerdy” young man from a “tight-knit, godly family.”

As multiple people have pointed out, these sort of adjectives are rarely, if ever, used to describe actual victims of injustice such as Michael Brown, or more recently, Stephon Clark. In fact, in the New York Times article “Sacramento Man Fatally Shot by the Police in His Backyard,” not only is Clark not assigned the courtesy of having his name included in the headline, senior staff editor Christine Hauser doesn’t even make an attempt to really expound on his biography. Yes, we learn that Clark was a father, but we also learn that he had a stint at county jail.

Meanwhile, we are treated to all these details about Conditt’s upbringing while his victims are given nothing more than nods, like one of Conditt’s bombs killed “a 17-year-old man.” A teenage boy who died at the hands of a serial bomber deserves better than such a descriptor. Whether it is a conscious decision or not — and to be blunt, it’s hard to see this as anything besides intentional — it is part of longstanding pattern in which murderous white male domestic terrorists are humanized in ways Black victims are not.

And as we all know, it’s not just mainstream publications guilty of this despicable double standard.

Likewise, White House press secretary and serial liar Sarah Huckabee Sanders tweeted that there “is no apparent nexus to terrorism at this time.” Rounding out the hypocrisy is Texas Gov. Greg Abbott, who when asked on Fox and Friends on Wednesday if Conditt was a terrorist was non committal. “Was his goal to terrorize, or did he have some other type of agenda?,” Abbott asked. “Obviously, there was terror.” 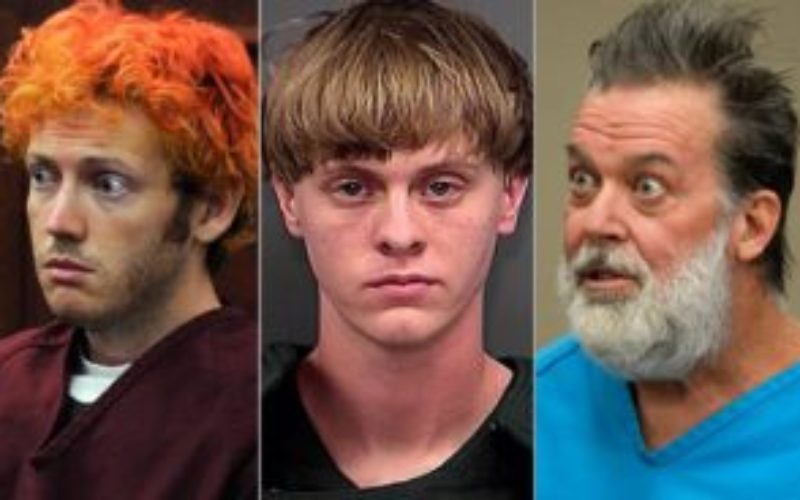 The Washington Post’s Samantha Schmidt wondered, “Would Conditt be characterized in the same way if he had been a person of color, such as a Black or Muslim man?”

Anyone who knows better already knows the answer.

Whether or not we agree with their despicable stances, those who bastardize Islam for the sake of attacking Americans, too, have an agenda. Yet, we know have no problem denouncing them as terrorists. In the case of Conditt, we have since come to learn that he wrote openly about his view that same-sex marriage should be illegal, that he likened abortion to murder, and that he pushed for the abolishment of sex-offender registries.

Meanwhile, he just so happened to target Black people with his bombs.

This is not a riddle. Mark Conditt is another white conservative terrorist that has wrecked havoc on poor, defenseless American citizens. Once again, we are provided another easy roadmap to this conclusion, but because Mark Conditt is some goofy looking white boy, he enjoys the privilege of being infantilized in spite of murdering actual children.

To be fair, other law enforcement officials in Texas had no qualms about calling a terrorist just that, but this reeks of déjà vu. Indeed, this is Dylann Roof all over again. Like Conditt, the Charleston shooter was depicted as a “loner” and someone depicted as “a smart, quiet child who grew up in a stable, middle-class family.” This is also…oh hell, pick a white man who has committed domestic terrorist acts in recent years (or decades) and it’s the same thing.

In a prepared statement, an aunt of Conditt said the following:

“We are devastated and broken at the news that our family could be involved in such an awful way. We had no idea of the darkness that Mark must have been in. Our family is a normal family in every way. We love, we pray, and we try to inspire and serve others. Right now our prayers are for those families that have lost loved ones, for those impacted in any way, and for the soul of our Mark. We are grieving and we are in shock. Please respect our privacy as we deal with this terrible, terrible knowledge and try to support each other through this time.”

Thing is, when family members and friends of these white domestic terrorists make comments like this, I am not surprised. After all, these sort of monsters often put on guises that hide what’s really in their heads until they put their heinous thoughts into actions. I do not fault them for remembering their loved ones differently.

That isn’t the issue. The problem is media and government officials have an inherent bias and that soils the narrative to the point in which no matter how vile, inhumane and despicable a person you are, if you are a white man, you will be treated humanely. Unfortunately, if you are Black, Muslim, or Latino, you will not be assigned similar treatment.

Worse, if you are a Black, Muslim, or Latino victim of one of these white domestic terrorists, you’ll still be given less consideration than the savage who took your life. Frankly, my Black ass is fucking sick and tired of writing about this pattern.

To that end, if there is a hell, may Mark Conditt be well-seasoned with a whole bottle of Slap Ya Mama seasoning before being deep fried in a lake of fire. It’s the same wish I have for all of his ilk.

And for those who go out of their way to make their kind seem whole without lending that same trait to nonwhite victims, feel free to leap into the abyss.