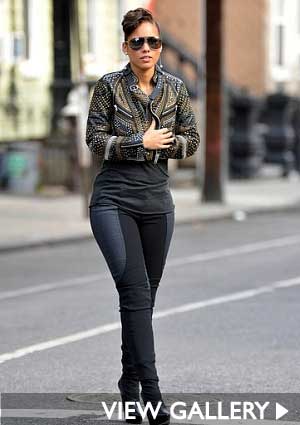 It’s seriously time we add trailblazer to Alicia Keys’ extensive resume. In an industry first the R&B starlet has released her latest album “Element of Freedom” exclusively through Facebook. Her 1.3 million Facebook fans can listen to tracks for free and place pre-orders for the album, which officially drops December 15. The promo is sponsored by American Express and powered by Involver, a music app available on Facebook. We’re about to login to Facebook and become fans/stans.