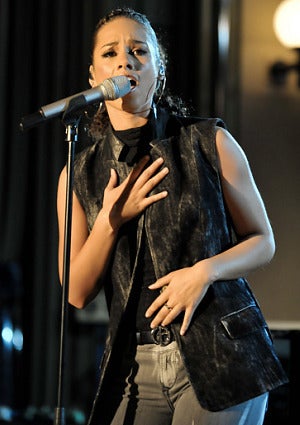 Alicia Keys stays busy. After she and Beyonce wrap the Brazil-based video shoot for their duet, “Put It In a Love Song,” Keys will head to Texas to headline the half-time show for Sunday’s NBA All-Star Game. Then on March 3, the 12-time Grammy winner will set out on “The Freedom Tour.” Fellow Grammy winner, Robin Thicke, and newcomer, Melanie Fiona, are confirmed to join her on 21-city the tour which is scheduled to make stops in New York, Boston, Los Angeles and Houston.Since its December 15 release, Keys’ album, “The Element of Freedom,” has sold nearly two million copies worldwide and garnered the top spot on both the U.S. and U.K. album charts. Read more: