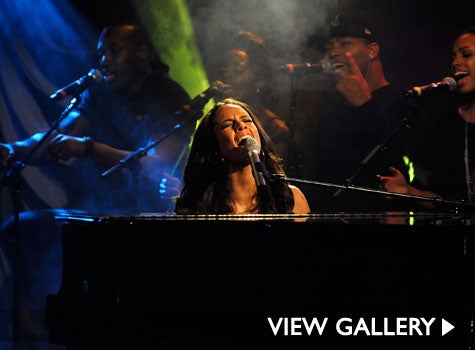 Alicia Keys and Beyonce’s single “Put in a Love Song” officially leaked on the net this past week. Accompanied by an up-tempo drum-heavy track, Alicia and Bey trade verses about a girl who wants her man to pen his love into a love song. The beginning of the song features the two dishing it out like homegirls – “Hey yo B! What up A” they say.

Another song from Keys’ forthcoming album “Element of Freedom” was leaked. This time it was a collabo with rapper, Drake. “Un-thinkable (I’m Ready)” is a ballad featuring background vocals, not a rapped verse, by Drake.