In preparation for her new role Hollywood starlet, Alexandra Shipp, is cutting it close—literally! You may remember her from her role as late recording artist, Aaliyah, in the 2014 film, Aaliyah: Princess of R & B. These days the starlet is gearing up for her upcoming role as supernatural do-gooder, Storm, in the highly anticipated film, X-Men: Apocalypse, set to release in May of next year. 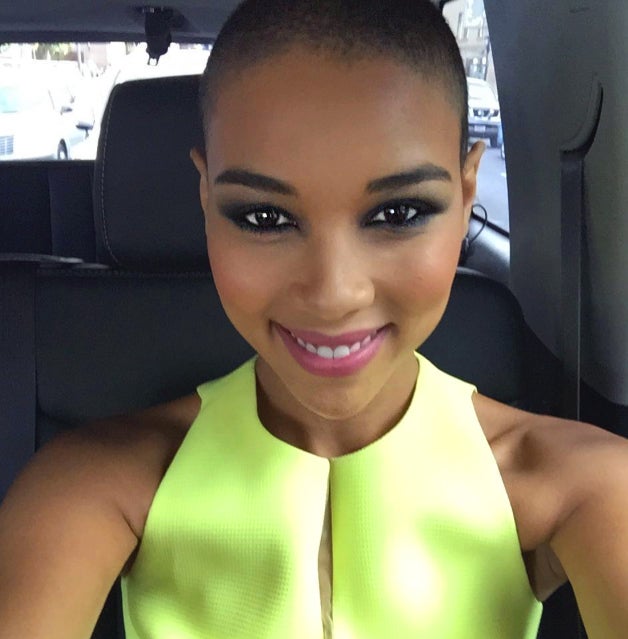 Lately, she’s baring it all with a new do. The actress showed up to this year’s Comicon rocking a new look: smokey eyes, a bold lip and a scalp-baring cut. This follows an Instagram photo that Shipp posted a few weeks ago of her brother shaving her head. Her brother, James, posted a video of the event during which friends of the actress debuted their coif-cutting skills at a “haircutting party” they hosted to help the actress prepare for her new role.

#TBT to that one time we had a Haircutting Party for @alexandrashipppp for her role as Storm in the next X-Men Movie!! @_carlymarshall @shi_muzik #ImNiceWithTheClippers #BeenWantingToDoThisSince96

We’re excited to see how Shipp maintains and styles the new look, and eager to see watch her fill out this role as Storm, which promises to portray the character’s darker side.