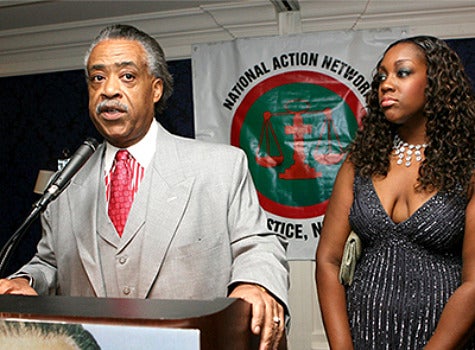 Al Sharpton’s ex-wife, Kathy Jordan, and daughter Dominique Sharpton appeared in a Manhattan court today following a much-publicized blow up with police officers two months ago. Police say Dominique, 23, ran a red light and then became abusive towards officers. Things got heated when her mother Kathy entered the fray. Both women were charged with resisting arrest, disorderly conduct and other charges.

Reverend Sharpton tweeted about the incident, saying, “I cannot imagin (sic) how two unarmed women with no record, could be taken in cuffs from a traffic dispute with NO personal or property damage involved. No drugs.”

Mother and daughter are expected back in court January 19th. If convicted they face up to a year in jail.