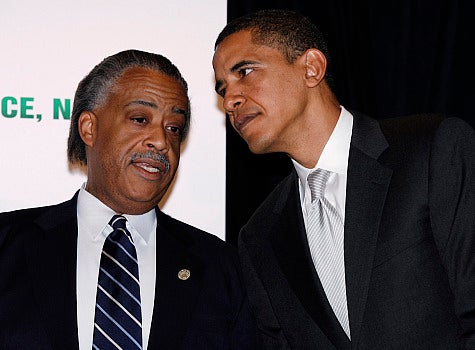 While Black leaders have been outspoken about their desire for Barack Obama‘s Administration to focus on more policies that benefit African Americans, the Reverend Al Sharpton is choosing to support the President. According to the Wall Street Journal, President Obama has recently looked to Sharpton to assist in quelling the growing discontent in the Black community with his economic policy. “The president does not need to get out there and do what we should be doing,” Sharpton told radio talk show host Tavis Smiley on his own national radio program. The Reverend continued to say that wanting the first Black President to be a “Black exponent of Black views” was “just stupid,” as it would cause conservatives to push to kill legislation that could help African Americans in the long run. In an interview, Sharpton said that it was a “double standard” to expect more attention from a Black President than would be expected from a white Democratic President. It’s understandable that African Americans would expect a Black President to empathize with the issues that the Black community faces. But is it realistic to expect the President of the United States to make the causes of African Americans his highest priority? Read More: